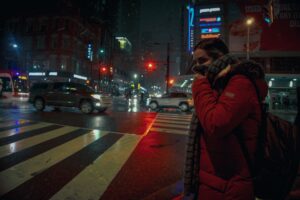 TORONTO – The new projections of the Ontario Science Advisory Table are bound to cool enthusiasm. Not only will it still take time to defeat Covid, but if more than 85% of the population is not vaccinated, this autumn we could face another lockdown.

In addition, according to the Science Table, the inhabitants of the province, until vaccination levels are high enough to protect the population, should reduce contacts to about 70% of the pre-pandemic level. To achieve this, the scientific advisory committee recommends limiting the number of people indoors, maintaining physical distancing, moderating large gatherings. And again masks and, where possible, work from home.

That we are entering the middle of the fourth wave, it was already clear. “Vaccination offers important protection against harmful outcomes. We do not expect to see the same proportion of severe cases in the vaccinated but among the unimmunized, we expect to see, with the return to jobs and the reopening of schools, a rapid increase in the number of people in need of hospital care – warned the infectious disease specialists of the Science Table – the fourth wave will affect all age groups and the capacity of intensive care units could be exceeded”.

If vaccinations are not accelerated and the rules to reduce transmission are not put into practice, the Delta variant, responsible for this fourth wave of the pandemic, could infect a very high number of people and the number of those who will end up in intensive care could exceed that of the third wave by October.

“Being in the fourth wave means the province is facing ‘exponential growth’ in cases,” said Dr. Peter Juni, scientific director of the Science Table and professor of medicine and epidemiology at the University of Toronto, “with current vaccination coverage by October or so our intensive care units could be increasingly crowded.”

Alexandra Hilkene, spokeswoman for Ontario Health Minister Christine Elliott, said the pandemic continues to pose a major challenge to the provincial government. “There is no doubt that the months ahead will require continued oversight,” Hilkene said, “the government believes Ontario is doing better than other jurisdictions because it has kept public health measures in place.”
Ontario Chief Medical Officer of Health Kieran Moore looks to the future confidently: “The province’s vaccination passports will further improve Ontario’s situation,” he said convinced.

But there is no shortage of criticism of the work of the Ontario government: according to liberal leader Steven Del Duca “the province should have released projections at the beginning of the summer, Doug Ford’s strategy of waiting until the last moment jeopardized the reopening of our province – said Del Duca – over a month ago the liberals called for mandatory vaccinations for health and education workers, green pass and 10 days of paid sick leave”.

Also according to the leader of the NDP Andrea Horwath the late release of the model is worrying: “We should already have vaccination certificates in Ontario. Vaccination certificates won’t come soon enough for small businesses that have struggled, without provincial guidance, to protect their customers and staff, Ford is still leaving too many businesses to make difficult decisions on their own, it seems to be more interested in not offending anti-vax than protecting Ontario residents”.

Photo by Talha Atif on Unsplash