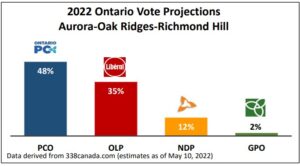 The electoral district of Aurora-Oak Ridges-Richmond Hill is situated in the Regional Municipality of York between Martkam-Stouffville in the east and King-Vaughan in the west. Created in 2015, it is a relatively new district that encompasses the southern part of Aurora and the northern portion of the Town of Richmond Hill. 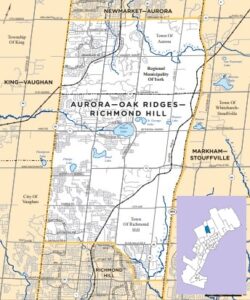 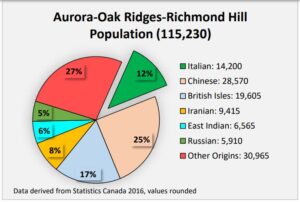 It would appear that Parsa has no intention to be a one term MPP. When contacted, he told the Corriere that constituents “deserve a government that has a plan and delivers on building new homes, transit and infrastructure projects and that keeps costs down for Ontarians”. He highlighted points of his Party’s plan which include, “lowering gas taxes, scrapping licence plate stickers and fees, and hiking the minimum wage”.

Meanwhile, Reza Pourzad aims to revitalize support for the NDP. He acknowledged that constituents in the riding are concerned about the cost of living, health care, seniors care and education. In line with his Party’s message, he said his focus is, “to increase affordability and fix the services we all rely on”.

Also vying for the post is Marjan Kasirlou for the Liberals. She did not respond to our request for input as at the time of going to print. 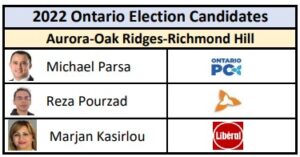