The Taliban: “No sport for Afghan women” 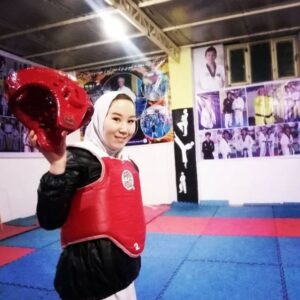 KABUL – You can’t teach an old dog new tricks. And this still rings true for the Taliban. So, after the first “proclamations” (“we have changed”, “we will respect the Afghan people”, “women will have government roles”, etc, etc.), day after day the truth came out.

First, the killing of the comedian Khasha Zwan, guilty of making fun of the behavior of the Taliban in some videos posted on social networks. Then, that of the Afghan singer Fawad Andarabi. “Music is forbidden”, the Taliban ruled. So, the various bans imposed on women, starting with journalists: no female faces in the news. An escalation, so much so that in the meantime the price of the burqa, which covers the woman from head to toe leaving only a little space at eye level, has skyrocketed: it’s back “in fashion”, to avoid trouble.

Yesterday, with the official settlement of the Islamic government, yet another lie of the “new” Taliban emerged: not even a woman in the executive.

Today, the latest “news”: no sport for women in Taliban-led Afghanistan. Because “it is not necessary”. And because during sports “they could discover the face and the body”. Words of the deputy head of the Taliban cultural commission, Ahmadullah Wasiq, who explained to the Australian broadcaster Sbs why Afghan women will no longer be able to play sports. Not even on the women’s cricket team. “I don’t think women will be allowed to play cricket because it is not necessary for women to play cricket,” Wasiq said. “In cricket they may face a situation where their face and body will not be covered. Islam does not allow women to be seen this way. We are in the media age – he continues -, there will be photos and videos. And then people will look at them. Islam and the Islamic Emirate will not allow women to play cricket or practice a type of sport in which they are exhibited ”.

Luckily, Zakia Khudadadi (in the pic above, from her Instagram profile) managed to escape in the first days of the capture of Kabul. 23 years old next September 29, Afghan Paralympic taekwondo athlete, she had the dream of participating in the Tokyo Paralympics and managed to crown it thanks to a daring escape that led her, with the help of the international community, first to Dubai, then in Paris and finally in Tokyo where she was the first taekwondo athlete to represent Afghanistan at the Paralympics. On September 2, Khudadadi competed in the women’s K 44 – 49 kg class, which includes athletes with unilateral arm amputation, making it all the way to the quarter-finals after the round of 16 match.

A nice “slap” to the Taliban, from a woman who surrenders like those who took to the streets in Kabul today, for the third consecutive day. “A government without women fails”, “we want work, education and freedom”, read several signs raised during the march. The images of the protest were disseminated on social networks.

The Afghan media did not report on the march, after some journalists following the protest were arrested. In fact, the Taliban reacted violently, beating and shooting in the air. This would also happen in other protests that took place in Herat, Ghazni and Faizabad. The Taliban also arrested and beaten five journalists of a popular media in Kabul, Etilaatroz, a newspaper distributed in print and online, known for its investigations and insights: the publisher, Zaki Daryabi, denounced it on Twitter. The reporters were later released, but Daryabi showed on his profile photos of the marks of the beatings they received. One video shows a young reporter unable to stand on his own, being supported by two others as he enters the hospital. The first arrest took place at today’s protest, the other four were stopped in other parts of Kabul.

Meanwhile, from civil war to civil war, even in the extreme periphery of Afghanistan, the Panshir, the resistance continues. The National Front has defined the new interim government announced by the Taliban as “illegal”, asking the international community not to recognize it. Its composition, the resistance continued, is a “sign of enmity towards the Afghan people”. And that’s just the beginning.