The virus continues to kill: another 32 dead in Ontario 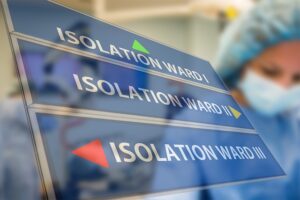 TORONTO – The number of Covid-19 positive patients in Ontario hospitals decreases slightly, but remains above one thousand: 1,074 people today, compared to 1,091 the day before. 168 those in intensive care, down from 173 yesterday. But the alarming figure, among those of today, concerns deaths: 32 deaths, bringing the total since the beginning of the pandemic in Ontario to 12,511.

3,444 new cases of Covid-19 have also been registered, based on the 21,553 tests (reserved only for “at risk” categories) processed in the last 24 hours: the provincial positivity rate is approximately 18%.

In the Greater Toronto Area, provincial health officials reported 876 new cases in Toronto, 203 in the Peel region, 181 in the Durham region, 156 in the York region and 122 in the Halton region. Also recorded 221 new cases in Simcoe Muskoka, 190 in Ottawa and 161 in Hamilton. All other areas detected fewer than 100 new cases. 94 infections were reported among residents (and 29 staff) of long-term care facilities across Ontario. There are still 104 nursing homes in which there is an outbreak. The active and known cases in the province are, officially, 25,559, a little indicative number due to the tests limited only to certain groups of people but in any case in sharp increase compared to yesterday, when the active and known cases were 25,019. Over 500 more in 24 hours, therefore. 2,872 healings instead, today.

Equally difficult situation in Quebec, where today there was another increase in hospitalizations: 226 people went to hospital while another 165 were discharged, so the number of patients present went from 1,479 yesterday to 1,540 today. Fewer people in intensive care: from 69 to 66. But also in Quebec the victims are many: another 12, today, bringing the total since the beginning of the pandemic, in the French-speaking province, to 14,454.

3,761 cases detected today after the analysis of 14,179 tests (also in this case reserved only for the “at risk” categories): the positivity rate is now 16.8%. As for the quick do-it-yourself tests self-declared by citizens in the portal activated by the Quebec government, 1,726 were entered today, of which 1,481 were positive. Since the portal was activated, about three months ago, citizens have entered 154,902 quick tests, of which 124,850 positive. But officially the active and known cases in Quebec are “only” 28,885.