Thousands of jobs have disappeared in Canada 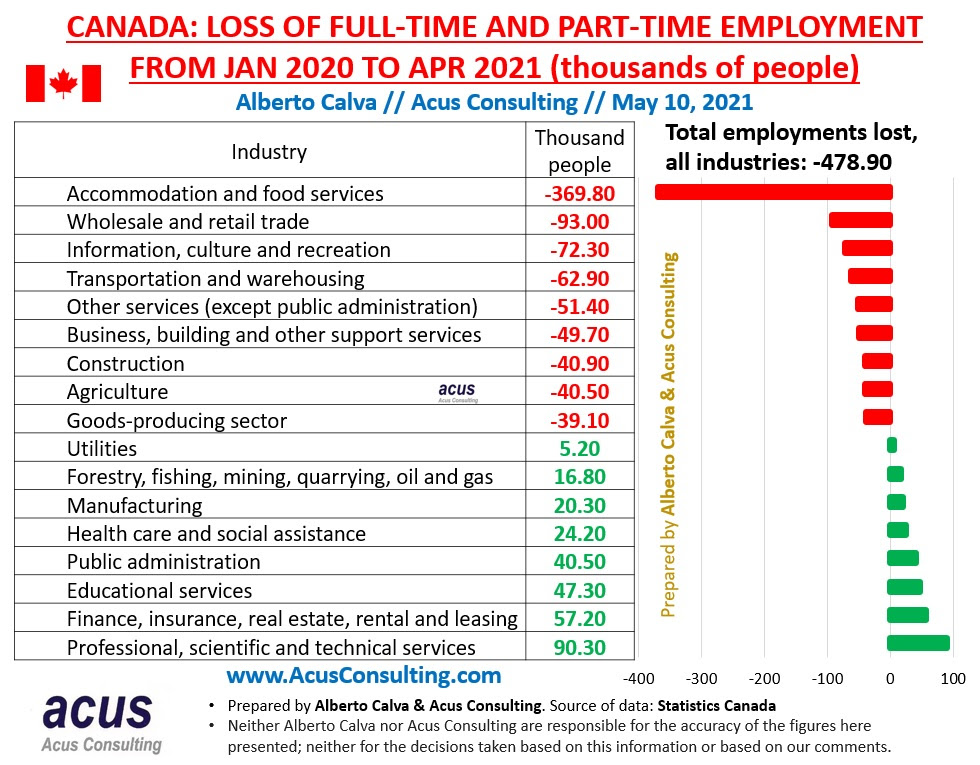 The latest closure of businesses and commercial activities in various areas of Canada forced hundreds of companies to lay off large numbers of employees. According to Statistics Canada, the closure caused a loss of 207 thousand jobs in April; 129,000 full-time jobs and 78,000 part-time jobs.

The highest percentage of job losses were concentrated in cities where business closures and strict Covid-19 control measures were applied to try to stop the increase in infections.

According to Alberto Calva, director of Acus Consulting, the worst-hit sector has been the hotel and restaurant industry, followed by retail and culture. Almost half of the people who lost their jobs were the young population, between 15 and 24 years old. Most of those losses were in hard-hit sectors that employ many young people, such as the entertainment industry.

The increase in Covid-19 cases due to a combination of rapidly spreading variants and a vaccine launch plagued by delays and confusion led Canadian authorities in recent weeks to reintroduce strict containment measures that affected jobs in sectors of close contact.

The employment figures suggest a difficult start for the nation’s economy in the second quarter. Hours worked, which are closely related to production, fell 2.7 percent in April, the biggest monthly drop since the depth of the recession.

The economic forecasts estimated the loss of about 175 thousand jobs; however, the data show that the unemployment rate has been higher. A survey conducted by Angus Reid, a non-profit organization, ensures that half of those surveyed lost their jobs or hours of work, and warns that job layoffs will have serious implications in the medium and long future.

However, despite the setback, analysts expect a quick rebound as early as June, once containment measures have been lifted and the economy has returned to the path of full recovery, as was the case after previous lockdowns.

Most of the losses were confined to sectors exposed to the pandemic, such as retail, food and accommodation, a sign that the slowdown is not widespread. The country has a strong record of recovering after previous waves of the virus, reinforcing confidence that it will do the same again.