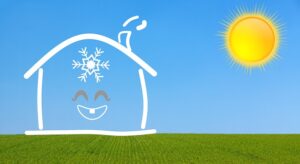 On Saturday, July 5 at 11:00 am The City of Toronto opened 8 Emergency Cooling Stations. The city made the decision following a warning issued by the ECCC Environment and Climate Change Canada about the approaching heatwaves. According to the ECCC, the heatwave is expected to last over the weekend and may also stay at the beginning of next week. The heatwaves are expected to occur in Toronto, Mississauga, Brampton, Vaughan, Richmond Hill and Markham.

People who are particularly at risk due to hot weather include small children, pregnant women, seniors, people exercising outdoors and people with chronic diseases. The ECCC recommends that people stay in cool places, drink plenty of water, and avoid being outside during the hottest times of the day. The ECCC also reminds people not to leave people or animals in parked cars.

At Toronto’s cooling stations, people will have access to air conditioning and refreshing drinks. Wearing masks is obligatory. Washing hands and physical distance will be required. The cooling center at Metro Hall will be open 24/7. The other centers will be open from 11 a.m. up to 7 p.m. Cooling centers will not be open until there is no heatwave warning.