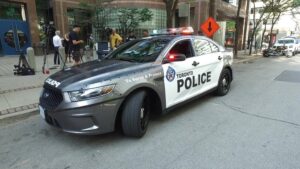 TORONTO – Another weekend of blood. Three dead and seven wounded are the toll of various shootings and stabbings: from Etobicoke in North York, from downtown Toronto to St. Catharines.

A 15-year-old boy is the 46th murder victim in Toronto. Shalldon Samuda, a resident of the city, died in hospital after being wounded by gunfire at about one o’clock on Saturday morning. The shooting took place near Downsview Park near Keele Street and Sheppard Avenue West. Taken to a nearby emergency room, the teenager died around 5 a.m. “The worrying part of what happened is age. We have a 15-year-old boy who lost his life and this is a cause for absolute concern – said agent Alex Li – we hope that people in possession of information useful for the investigation will come forward to talk to our investigators”. On the spot, the policeman added, a firearm was found.

And it was almost 8 a.m. this morning when a woman in her 20s was seriously wounded with a gunshot wound to the abdomen in the Eglinton Avenue West and Russell Road area of Etobicoke.

A gunshot wound reached the stomach of a man in his 30s who was in the University Avenue and Adelaide Street area around 5:20 a.m. yesterday morning. The victim, according to doctors, despite the severity of the injuries reported would not be in danger of life: “The investigation is in its initial phase, but it seems that there was a quarrel on the street. It is still unclear whether the person they shot was arguing with someone or was a passerby,” said Toronto Police Inspector Saleem Husain.

Today, officers scoured the area in search of any witnesses and surveillance videos.

And it was 11 a.m. on Saturday night when a 19-year-old boy was rushed to hospital by paramedics following a shooting that took place near Willowdale and Church Avenue in North York. The teenager, according to law enforcement, suffered “multiple gunshot wounds.” Inspector Roger Desrochers said the victim was cooperating with police. “We still don’t know clearly what happened,” said Desrochers, “but we believe it’s an isolated incident.”

The homicide team is investigating to shed light on the deaths of a man and a woman found lifeless in a North York home.

Toronto police said the victims were inside a residence in the Glendora Avenue and Burnwell Street area. The names and ages of those killed have not been disclosed. Investigators believe it was an isolated incident and said they were not looking for suspects.

Many people are in police custody following a major brawl that broke out on Saturday morning in St. Catharines.

The scuffle, which Niagara police say resulted in “various stabbings,” occurred just before 2:30 a.m. in the city center, near St. Paul’s and James Street.

The Niagara Regional Police Service said officers who arrived at the scene found at least five people stabbed: some suffered superficial injuries, others serious. “The investigation is currently in its very early stages – reads a police press release – there is however no ongoing threat to public safety resulting from this incident”.