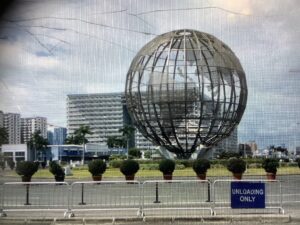 MANILA – The Philippines which relies on tourism to boost its economy is hit hard by the pandemic. Tourism-related employment in this Far East country shrank by 28 percent, while average hourly wage declined by 38%. I was in the Philippines last March 2020 when the pandemic broke out. And I noticed the absence of tourists in Metro Manila. The perception seemed to be that with the source of Covid 19 being in Asia, no one wanted to be in that continent.

Depending on the destination, whether or not the airport there is open or closed, the traveller is still concerned about Covid safety protocols which currently includes a quarantine of two weeks for any arrivals, as well as a Covid negative test from the point of departure. Too much hassle just so you could see the sights wearing a mask.

If your holiday is only for two weeks, it’s almost all eaten up by the protocol requirements. Not to mention dealing with uncertainties if your test turns positive. You might end up in a hospital in a strange land, saddled with a tremendous fee, not fully covered by your travel insurance, if you had the sense to get one at all prior to your trip. Having looked at all these, why would you even consider taking a trip.

Collapse of tourism cost five Asian nations 1.6 million jobs according to the UN. The Philippines, Vietnam, Thailand, Brunei, and Mongolia saw almost a third of all job losses occurring  in the tourism sector, according to a report released by the UN agency on Thursday. Tourism-related job losses were four times greater than losses in other industries, according to the report, with women especially hit. Chisholm Asada-Miyakawa, ILO regional director for Asia and the Pacific, said the impact of COVID-19 on tourism in the region had been” nothing short of catastrophic.

About 291 million tourist visited the Asia-Pacific in 2019, contributing about $875 billion to the economy, according to World Economic Forum data. Before the crisis, tourism accounted for around 10 percent of GDP in a number of places including Thailand, Hong Kong, Malaysia and Cambodia.

For nearly two years, these countries have had no arrival at all, the report said. Governments have stepped up their support, but the level of spending has been much lower than in developed markets. Poverty and economic hardship will have increased significantly. Recovery will take time and affected workers and enterprise in the tourism sector will continue to require assistance to replace lost income and preserve assets.

COVID-19 tourism hit could top $4 trillion as UN reported. The coronavirus outbreak has brought international air travel to a halt causing up to $2.4 trillion in losses as of June 2021. Here in Toronto cabin cruiser is almost given free who will take a trip. Tourism advertisement pop up three times a day in your iPad with hard selling, enticing  you to book ahead and put the date at your choosing.

In the pic, Mall of Asia, Manila Philippines, empty of tourist (photo by Ricky Castellvi)