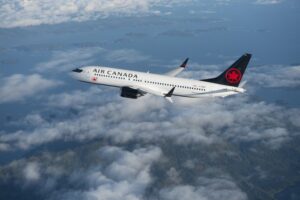 TORONTO – This summer those who, after two years of pandemic restrictions wish to return to travel, must have the patience of Job. The long waiting times for passport renewal and the endless queues at airports really require a certain resignation to accept and endure the inconveniences. This, experts warn us, will be the “new normal”. At least for now.

Martin Firestone, president of Travel Secure, a Toronto-based travel insurance company, told CTV‘s Your Morning on Wednesday that there simply isn’t enough staff in key areas of airports, such as luggage storage, check-in and security, to handle the sudden surge in travelers. “Welcome to the new normal. It seems that the journeys are resumed with a beating drum. Unfortunately, however, the service is no longer what it used to be – said Firestone – now people face long queues and run the risk of losing their flight”.

For several days now, the problems have been troubling travelers and the Canadian Air Transport Security Authority (CATSA) has attributed the situation to the problems it is experiencing with staff. “As air travel resumes, we observe simultaneous peaks, which can result in passengers pouring into more than one security checkpoint at the same time, making it more difficult to redistribute resources to cope with these passenger volumes,” CATSA said.

And so, those who can’t wait to set foot on a plane to the holiday places ask themselves, what should be done? Arriving at the airport well in advance is, according to Firestone, the best strategy to avoid long waiting times. “It’s never too early to get to the airport. I know that the recommendation is two hours for domestic flights and three for international flights but, in my opinion, it is not enough. After all, you just have to get there, sit down and spend time at the airport rather than at home where you spend time mostly checking the time because if you are late the plane certainly does not wait for us”.

In addition to the long queues at airports, many Canadians report long delays and queues at passport offices since the federal government, this year, is busy processing thousands more applications in order to be able to issue the document.

Since Canadians have been advised to avoid all non-essential travel during the Covid-19 pandemic, according to Firestone people have unknowingly let them expire. And now, given the long waiting times “it is better not to book a trip until you have a renewed passport in hand”. “Even paying there is no guarantee of getting an appointment and passport in two days,” added Martin Firestone.

If a flight is delayed or cancelled and the reason is under the airline’s control, under Canadian Air Passenger Protection Regulations (APPR), travelers are entitled to “a specific standard of treatment, compensation and rebooking or a refund.” However, if Canadians book an international trip and do not have a passport at the time of departure, Firestone warns that they will have a nasty surprise. “There is no insurance in the world that you pay for the cancellation of a trip because the passport has not yet been issued or because the queue for checks is long, so it is good to be cautious and prepare well in advance,” he concluded.