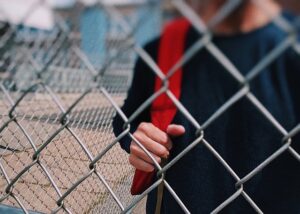 Critics argue HCDSB board policy is “discriminatory” against non-Catholic students.

The debate whether to allow non-Catholic students to run as student trustees continues at the Halton Catholic District School Board (HCDSB). It is an important issue because student trustees serve as a voice for the greater student population.

This matter surfaced once again at the Board’s October 19 meeting in a delegation that spoke to the support of the HCDSB’s diverse student body. It was presented on behalf of Halton Parents for Change, an organization of electors using social media to allege (religious) “discrimination” on the part of the Catholic Board, for being… Catholic.

In the lead up prior to Tuesday’s meeting, Patrick Daly, President of the Ontario Catholic School Trustees’ Association sent a letter to all Catholic Trustee in which to remind trustees of their “essential role in serving as advocates, stewards and political leaders for publicly funded Catholic Education in Ontario.”

President Daly referred to the quote from OCSTA’s publication Witnesses to Faith: “Parents (Catholic ratepayers) entrust to duly elected trustees the responsibility for governing and implementing policies which assure Christ-centred learning environments which support the virtues and values they teach in their homes”… “the Catholic community expects trustees to be persons of faith, with a vision of life that is centred on Christ and who have a sense of being called to Ministry”.

Every school board in Ontario is governed by a publicly elected Board of Trustees. Only qualified Catholic electors can vote for Catholic School Trustees.

Boards also permit at least one student trustee. Traditionally, they are senior high school students elected by the student senate. They represent the Board’s student body. Uniquely, the HCDSB has three student trustees, each representing a different jurisdiction in Halton: Burlington, Oakville and North Halton.

Student trustees also must satisfy some specific qualifications. According to the HCDSB Policy I-26, qualified student nominees must be full-time Catholic students, have active Parish membership and regular mass attendance and a letter of endorsement from their parish priest. Additionally, they must also have a letter of endorsement from the school principal, Student Council and demonstrate a beginning knowledge of current key issues affecting Catholic education.

Critics argue the Board is in need of greater diversity. They maintain that by denying the student trustee position to non-Catholic students it is another barrier for those individuals and a disadvantage to the school community.

While official counts are difficult to ascertain, it is suggested that the percentage of non-Catholic students can range from about 20-40% of the student population, depending on a particular region. It is partially for this reason that some feel there is inaccurate representation of what the HCDSB student community looks like and want to see Policy I-26 amended.

In response to the delegation, Trustee Brenda Agnew put forward a motion which asked that the Director of Education and Secretary of the Board obtain a legal opinion around the legalities of having non-Catholic student trustees on the Board of Trustees.

It is worth noting that Ontario Catholic school boards have a right to manage Catholic education in Ontario and that right is protected by the Constitution. It is also recognized in the Charter, the Ontario Human Rights Code and the Education Act.

The Motion professes to ascertain the “legal implications for not allowing or conversely for allowing non-Catholic students to run for and possibly win a student trustee position at the HCDSB”. For greater certainty, “the opinion should be sought from legal counsel not affiliated with OCSTA or [the HCDSB] to elicit the most ‘objective opinion’ as possible”.

Meanwhile, there is already a case before courts involving a non-Catholic secondary student in the York Catholic District School Board who was barred from running as a student council member because of her religion. She and her father are suing the YCDSB. They claim that policies which require students who run for council positions be Catholic are in violation of the Canadian Charter of Rights and Freedoms.

The HCDSB is expected to hear an out of Court legal opinion by the next board meeting on November 2.