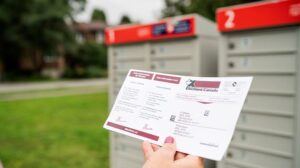 TORONTO – Boosting the economy, supporting the middle class, funding for health care, arms control and fighting climate change. These are the key themes of the Liberal Party’s electoral platform presented today in Toronto by grit leader Justin Trudeau. A program, the one announced by the outgoing prime minister, which includes a total spending plan of 78 billion dollars spread over the next five years, with 13 billion that will be invested in the current fiscal year.

Trudeau therefore with the presentation of the electoral platform tries in some way to reverse the course of the last two weeks, with the polls that give the liberals in a swoop and the conservatives in strong rise. The outgoing prime minister tries to counter the hemorrhage of consensus towards his party by also focusing on the timing: Jagmeet Singh’s NDP had presented its program before Trudeau’s decision to return to the polls while Erin O’Toole’s Conservative Party had announced its platform during the first day of the election campaign,

The outgoing prime minister promises a substantial post-pandemic investment plan to support growth and to meet the needs of the health system so put to the test by the Covid-19 pandemic. The Liberal Party’s plan also includes the program to welcome Afghan refugees, who will reach 40,000 within two years.

But Trudeau’s gaze is not only turned to the future. On the contrary, the outgoing prime minister, during today’s announcement, also drew up an overall balance of the last six years in government, strongly defending the action of the executive and promising to continue, in case of victory, what has been done since 2015.

Now we will have to wait a few days to see if the presentation of the electoral platform will have tangible consequences in voting intentions, a fact that strongly worries the entourage of the liberal leader.

Even today’s polls, along the lines of what happened since mid-August, are not at all flattering. According to the survey conducted by Nanos, the Conservative Party rises to 33.7 percent, while the Liberals do not go beyond 31 percent of voting intentions, with the Neo-Democrats stuck at 20.3 percent. A difficult situation that is also confirmed by a second survey presented today, that of Ipsos. According to this survey, the Conservative Party continues to lead in the preferences with 32 percent, although without recording any increase compared to the previous poll.

The Liberal Party, on the other hand, stands at 31 percent, marking a loss of 2 percentage points. On the rise – and this is also a worrying sign for the outgoing prime minister – the NDP, which stands at 23 percent, with a plus 2 percent compared to the previous poll: coincidentally, the same percentage lost by the liberals. And this is precisely the nightmare scenario that the Liberals want to avoid at all costs: not only the overtaking of the Conservatives, but also the consequent strengthening of the party led by Singh. If these two trends were to be confirmed, then Trudeau could really put a tombstone over the aspirations of victory at the polls on September 20th.

The Liberal leader, however, looks with confidence at the two possible junctions of this electoral campaign, namely the television debates, the one in French on September 8 and the one in English on September 9. Two opportunities to reverse the trend and straighten out this – for now – disappointing election campaign.