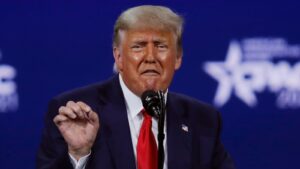 TORONTO – Lack of trust in the traditional media, distance of institutions, skepticism towards the truth as it is told by the mainstream. The portrait of Canadians that has come out in recent weeks from a series of surveys carried out by Abacus is really not very comforting, also in light of the new survey presented today that continues to investigate the thin thread that binds Canadians with the chaos of great conspiracy theories.

Once again, through the analysis of the beliefs of a relevant sample – 1,500 respondents – we realize how a good slice of our population suffers the fascination of conspiracy, conspiracy, denial and all those theses that go to question what we now consider established truth.

According to Abacus, one in five Canadians (20 percent) think it is safe or probably true that the attack of September 11, 2001 was not organized by Osama bin Laden and Al Qaeda, but was carried out by the powers that be within the United States.

18 percent of the sample believes it is safe or probably true that the “British royal family killed Princess Diana.” Another 35 percent, on the other hand, seem to consider it plausible.

Nearly 5 million Canadian adults (16 percent) think it is safe or likely true that “the U.S. election was stolen from Donald Trump.” Another 29 percent think it’s possible or not safe. This percentage is very high, which is not reflected even in the United States.

But that’s not all. Denialist theories also concern the environment and global warming. 13 percent of respondents (or 3.8 million) think “climate change is a hoax.” Another 16 percent think this thesis is possible or not sure.

11 percent (or 3.2 million) believe it is definitely or probably true that “the moon landing was a staging and never happened.” Another 22 percent think it’s probably true or not sure either way.

As for political distinctions, the allure of conspiracy theories runs across all parties across the board, but voters in Maxime Bernie’s People’s Party are more inclined to believe it.