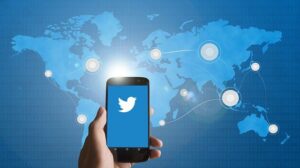 The popular social media Twitter introduced many new but paid features on a subscription basis for the first time starting in Canada and Australia. The new features are called Twitter Blue.

Twitter was established in 2006 and is a micro blogging service linked to a social network where users can post messages and interact via messages called tweets. Initially, it was only possible to send messages up to 140 characters, which was the original allowed length of the SMS – text message, and now it has been extended to 280 characters. You can also post audio and video tweets up to 140 seconds long.

From its inception, Twitter has been a completely free platform. The company did not make money. Relatively recently, it introduced advertising in an attempt to generate income in this way.

On Thursday, June 3, 2021, the technology giant from San Francisco unveiled its first paid subscription product. In Canada, access will cost $ 3.49 and will be available for iOS users. Australia is the second country where Twitter has launched the same service.

The US and the rest of the world are expected to get access later this year. What is it about the new service that was not available before?

Twitter Blue gives subscribers the ability to create folders for tweets with bookmarks – Bookmark Folders, so that it is easier for them to organize tweets, easier to manage content, so that later it is easier and more effective to find an already sent tweet.

Subscribers will also have access to the “Undo” function – Undo Tweet, which will be useful in the event of a post with a typo, if someone forgot to tag someone, and will allow you to see the draft before the tweet is made publicly visible, all thanks to a timer that can be set to 30 seconds.

Paid users will have access to Reader Mode, which presents posts and threads in an orderly manner and will receive dedicated and faster customer service.

The existing free functionalities are to remain unchanged.

The new features just offered have been designed mainly for super users who spend a lot of time on this platform, whether for work or private purposes.

Canada was selected as one of the first two countries to test the new options because it has a strong base of super-users. The Canadian market was selected for this pilot project, also because one invention – “hide replies” option already has been tested in the past here, and Toronto is where the company plans to open an engineering hub.

Moreover, Canada is, from a marketing point of view, “Mini America”, a market with an English-speaking and multicultural society. So, it will be easy to translate the experience from it into larger markets.

Twitter Blue with the subscription option is an experiment with a new revenue stream, but with the impending changes in the world of taxation of technological giants, there may also be such an explanation behind this new offering.

Social media is slowly moving towards introducing subscriptions for some of its services. Earlier, YouTube introduced a $ 11.99 subscription for its premium services with removed ads.