Uncertainty reigns, neck and neck race between Trudeau and O’Toole 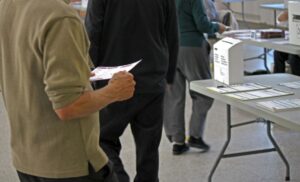 TORONTO – The last week of the election campaign opens along the lines of the common thread that is characterizing the path that leads us to the polls: that of uncertainty. The latest polls, carried out after the two televised debates of 8 and 9 September between the leaders of the parties, have confirmed that the Liberals and Conservatives are engaged in a tight head-to-head, with the neo-Democrats in difficulty and with an impressive growth to the right of Maxime Bernier’s People’s Party.

Compared to last week, the Conservative Party has marked the pace, falling by a few percentage points both nationally and in numerous districts at the local level. In the last two opinion polls carried out on September 11, the party led by Erin O’Toole was overtaken by the liberals. According to Nanos, the Tories are at 30.7 percent, while for Mainstreet the Conservatives, for the first time in two weeks, fall below 30 percent, stabilizing at 29.4 percent. This is an unexpected setback, taking into account that in the last two weeks the Conservatives had not only overtaken the Liberals in their voting intentions, but with the passing of the days they had clearly increased the advantage, even going to aim for the conquest of an absolute majority of seats.

Justin Trudeau then smiles, who after the difficulties experienced in the electoral campaign returns forcefully in the race for the final victory. According to Nanos, the Liberal Party is currently at 34 percent, while for Mainstreet the grits reach 33.4 percent. Now the margin of advantage of the outgoing prime minister’s party ranges from 3.6 to 4 percent: it remains to be seen how this change in the balance of power could translate into terms of the distribution of seats.

At this stage, two factors contribute to favoring liberals. On the one hand, Jagmeet Singh’s NDP is unable to take off: the neo-democrats remain well below 20 percent, after the positive signs recorded in the last ten days with the erosion of votes in the liberal electorate dissatisgruntled with Trudeau’s leadership. On the other hand, the People’s Party continues to grow, greatly limiting the conservatives’ ability to increase support in the right-wing electorate.

Ultimately, the challenge between Trudeau and O’Toole could be decided in part by external factors, a fact that is also confirmed by the projections of the seats made by 338canada.com, which provides us with a precise snapshot of the current balance of power between the main parties running for the September 20 elections. Right now the Liberals are in a clear lead in 142 constituencies, with a chance of growth of another 45 seats.

The Conservatives, on the other hand, are in the lead in 134 constituencies, with the real possibility of being able to win another 39. Ultimately, a few days before the vote we are still at the starting point: O’Toole and Trudeau both have a chance to win: to decide the final outcome will really be a handful of votes.