Vaccines, an absurd waste: millions of doses to be thrown away 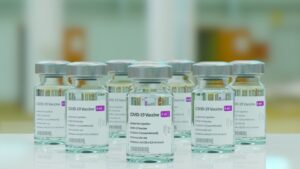 OTTAWA – Canada is preparing to throw away more than half of its doses of the Oxford-AstraZeneca vaccine because it could not find any consumers either at home or abroad. Furthermore, it is not known how the millions more doses of Novavax and Medicago, that Canada has purchased, will be used.

The federal government signed a contract with AstraZeneca in 2020 to obtain 20 million doses of its vaccine, and 2.3 million Canadians received at least one dose, mostly between March and June 2021. Following concerns in spring 2021 about rare but fatal free blood clots from AstraZeneca and with larger mRNA vaccines from Pfizer-BioNTech and Moderna, Canada abandoned AstraZeneca.

In July 2021, it promised to donate the rest of the supply, approximately 17.7 million doses. Health Canada said “the country has made every effort” to deliver on that promise, but 13.6 million of those doses should be eliminated.

Dr. Bruce Aylward, an Infectious Diseases specialist originally from St. John’s and now senior to the head of the World Health Organization, told The Canadian Press in a recent interview that Canada’s lack of confidence in AstraZeneca has contributed to the “stalemate” of that vaccine globally. Not only that. Donations have often been made in large quantities close to the expiration date of the vaccines themselves, and this has led to a sort of “perfect storm”: the excess of doses of a vaccine close to expiration in countries without health workers and infrastructure adequate for conducting a frenetic and complex vaccination campaign, has caused those countries to reject donated vaccines.

Adam Houston, medical and advocacy policy officer for Doctors Without Borders in Canada, called it “extremely disappointing” that 75% of the doses of AstraZeneca that Canada has promised to donate will be phased out. “Had the actions of countries like Canada matched their rhetoric on vaccine equity from the beginning of the pandemic, less vaccine would have gone to waste, and far more importantly, more lives would have been savedhe stressed”, he said.

And it doesn’t end there: Canada had also signed contracts to obtain 52 million doses of the Novavax vaccine and 20 million of Medicago, but now it relies almost entirely on Pfizer and Moderna. So far Canada has received 3.2 million doses of Novavax, with no current plans for further deliveries. It hasn’t received any Medicago, but a spokesperson said Canada is working with that company on a delivery schedule. More waste ahead…

Photo by Braňo on Unsplash