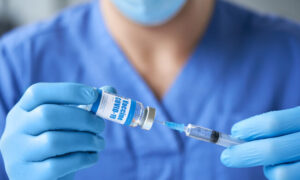 Ontario accelerates on vaccines. Following pressure from doctors and health experts, the increase in the supply of vaccines – and especially the spread of the Delta variant – from Monday those who reside in hotspots will be able to book their appointment to receive the second dose. Health Minister Christine Elliott announced this today along with Solicitor General Sylvia Jones. “I know many Ontarians are excited to enjoy the warm weather and see families and friends. This is an exciting time and we know that there are brighter days ahead,” Elliott said.

As of June 14, anyone who lives in Toronto, Peel Region, Halton, York Region, Waterloo, Wellington-Dufferin-Guelph and Porcupine – regardless of postcode – and those who received the first injection before May 9, will be able to make an appointment to have the second dose of the vaccine administered. Residents will be able to book through the province’s online portal, through the booking sites of their public health units or through affiliated pharmacies.

Those who do not live in any of these regions that have received their first injection by 9 May will be able to reserve their second appointment from July 12 to July 19.

Anyone who has received the first dose from March 8 to April 18 can book the appointment for the second administration from  June 7 while those who have received it from May 10 to May 30 can book the second injection from August 2.

Public health officials’ push for the Ford government to reduce the time between the two doses of vaccine was dictated by the new Delta variant of Sars-CoV-2 showing greater transmissibility.

It is a variant, this one, that is a concern especially in the Peel Region where it is becoming the dominant strain.

People 70 and older, as well as people who received the first dose of an MRNA vaccine by April 18, can now book their second dose at mass immunization clinics on the province’s online booking portal or via its phone line.

The province says that until today 73% of adults received at least one injection while more than 11% of the population is fully vaccinated.