Vaccines the key to find the new normality 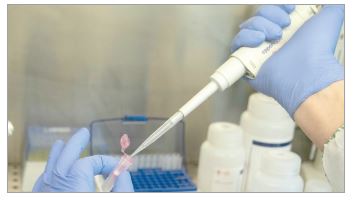 TORONTO – The progress of the vaccination campaign will be decisive for the breakthrough in the fight against Covid-19. Canadians’ initial skepticism of vaccines developed in such a short time is gradually waning, replaced by growing optimism fueled by news coming from abroad. In Israel, the country that has conducted the most aggressive immunization campaign, people are slowly regaining small portions of normality that they had had to renounce since the beginning of the pandemic: in many areas of the country restaurants, cafes, schools, cultural events, tourist attractions, have resumed functioning exactly as in the pre-pandemic phase. In Israel almost 5 million people received the first dose, 3 million and 800 thousand also the recall: more than 40% of the population is “protected” from Covid. And the results can be seen: the positivity rate has fallen to 4.3% compared to 10% in January.

In England, where more than 20 million people received at least one dose of the vaccine, there has been a collapse in deaths – minus 41% – and hospitalizations and intensive care.

Here in Canada, we are still far behind other countries, but at the same time, the foundations have been built to have cautious optimism in view of the coming months. This week another 910,000 doses will arrive in our country, 465,000 from Moderna and 445,000 from Pfizer. The new supplies will be distributed to the Provinces and Territories, which will be able to carry out the individual immunization campaigns independently.

According to calculations provided by the federal task force responsible for managing vaccines, Canada will receive about 8 million vaccines by March 31. Then from April, we should see a gradual increase in supplies, thanks also to the arrival of the first doses of Johnson and Johnson, the fourth vaccine approved last week by Health Canada.

In Ontario, the government’s revised roadmap predicts that by the end of June all citizens over 16 will have received if they wish so, at least one dose of vaccine, which constitutes a first and partial barrier against Covid-19.

In addition to these developments, there is also a change in Canadians’ perception of vaccines. According to a survey published yesterday by Angus Reid, skepticism about the safety and efficacy of vaccines is gradually disappearing.

66% of the sample say they want to receive the vaccine as soon as it is available, while 16% say they are in favour but prefer to wait. There are still 12% of respondents who say they do not want to get vaccinated. In September, only 39 percent said they were ready to take the vaccine immediately.

But inevitably the vaccination campaign has also repercussions in the balance of power in the parties. According to another poll carried out by Ipsos that should a federal election be held, Prime Minister Justin Trudeau’s Liberals would receive 35 percent of the popular vote while the Conservatives would receive 28 percent: a month ago, when the government had encountered numerous difficulties in the supply of vaccine by Pfizer and Moderna, the Liberals were at 33% and the Conservatives at 30%. The immunization campaign could become the political thermometer of the coming months, with the chance of an early vote in the spring.