Week one in the municipal elections: Betrayers of trust 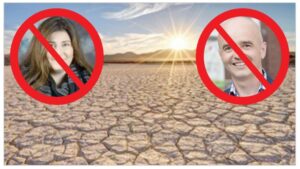 TORONTO – In Italy, the political theatre, both in its serious and farcical moments, is dominated by careerists, “la casta”, whose almost exclusively self-serving, short term objectives obstruct national and regional goals.

For the uninitiated, the term came from a bestselling book by Sergio Rizzo and Gian Antonio Stella La casta. Così i politici italiani sono diventati intoccabili (The Caste. How Italian politicians became untouchable).

Published in 2007, it focused exclusively on the graft and corruption that had infected Italian politics. It was like “shooting fish in a barrel”. Italian politics compared to its Canadian counterpart is remarkably transparent: there are no secrets; Italy is a nation of prying eyes. Italians are a demanding people who suffer fools badly. They contest everything.

Politicians who read from script or hide behind talking points are ridiculed. Anything worth uttering is usually attacked or defended in the most public of ways. “Questionable” actions, unproven ideas are exposed and attacked, often laughed into oblivion. Yet, because of Italy’s power-sharing model of democracy, some people survive, never unscathed.

Some view this as great sport. Others know this as healthy skepticism to ask, “why trust you with my vote?” We need more of it in today’s cancel culture environment.

So many lesser lights in our Canadian democracies could use some of that critical analysis. Without it we run the risk of letting pretension and pettiness go unpunished while rewarding destructive cancel culture myopic individuals, or their supine, uncritical lackeys.

“The [political] action”, so to speak, has shifted from City Council, where some forms of bribery and corruption – especially in booming localities – has been the norm, to local school boards, but with a twist.

One reader (non-Italian) responded to our coverage of the events in York Catholic District School Board with an e-mail letter, referring to trustees Cotton, Crowe, McNicol and Wigston as 1950s style KKK.

In Halton Catholic District School Board, trustees Agnew, Duarte, Guzzo, Murphy and O’Hearn-Czarnota, all converts to the new woke cult, manufactured outrage against two of their colleagues (Iantomasi, without informing him) and Karabela to discredit them for blatant political advantage. Iantomasi and Karabela are apparently guilty of taking their constitutional mandate/obligation to maintain and promote Catholic education seriously. Their colleague Guzzo, facing twelve criminal charges of fraud, is “not a problem”. It is a wonder that Agnew and company can walk with those pickles stuck in their anatomy.

In Toronto, four woke anti-Catholic trustees (de Domenico, Di Pasquale, Li Preti and Rizzo), abetted by a careerist Secretary-Director and a pliable Integrity Commissioner, have made life supremely difficult for two of their colleagues (Del Grande and Di Giorgio) in an effort to remove them from office.

Their mission: to eliminate them from the voting procedures and to disadvantage them before the electorate. Now they have recruited like-minded ciphers to stand for office against them, and, to thwart the rights of Catholic parents and the needs of their children.

These people are all Dissidents in a Catholic environment. Rather than go elsewhere, they choose, by infiltration and guile, to tear down the Rights held by parents under the Constitution, the education Act, the Charter of Rights and the Human Right Code. They are essentially thieves who are stealing what is not theirs – by ethics and by Law.

It is time to rid the system of their obstructionism and dishonesty. The Corriere will provide a platform to those who have demonstrated courage to retake control of their schools.