What shadow lurks over the Rohingya camps in Bangladesh? 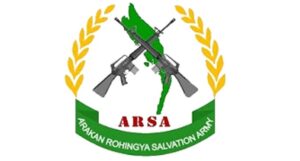 Despite Bangladesh government denies, but most Rohingya camps in Cox’s Bazar in
the country become the focal point of various crime.

According to Rohingyas and other sources, the Arakan Rohingya Solidarity Army
(ARSA) is in top suspicion. To make these refugee camps as its stronghold, this armed
group is exploiting less-tighten law enforcement and the misery of the refugees.

After the killing of Rohingya leader Mohib Ullah and the six Rohingya men in October,
the ARSA has extended its control even further, and the camp dwellers appear to have
reconciled themselves to the plight of fear.

“ARSA operatives are engaged in a wide array of crimes in the camps. They take
absolute control of the camps at nighttime. The Rohingyas know their faces but they are
too afraid to say anything publicly,” asserts Habib Ullah, brother of assassinated Mohib
Ullah.