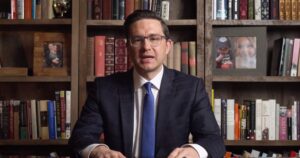 TORONTO – By definition, in the political spectrum the center is the political space best equipped for conflict resolution. When the tensions that come from the right or the left become too pressing, it is in the center that the neutralization of the imbalance takes place: center understood as compromise, as a synthesis of theses and antitheses, as an exaltation of pragmatism that cripples the too ideologized extremities. Having made this premise, in the last thirty years in Canada, as in Italy and in the rest of the world, the hunt for the electorate of the center, the moderate one, considered hunting booty capable of undermining the balance of power between the parties, has begun.

In our country the Conservative Party, after nine years of government with Stephen Harper, has focused on the moderate turn, first with Andrew Scheer and then with Erin O’Toole, two leaders who tried to broaden the electoral base of the Canadian right by focusing on those pockets of discontent who voted for the Liberal Party or who took refuge in abstentionism. The operation failed, or rather failed miserably.

In Canada, if the right does not make the right, it loses. And Scheer and O’Toole lost to Justin Trudeau, favoring the fragmentation of the conservative galaxy with the birth of Maxime Bernier’s People’s Party, which in the two electoral rounds of 2019 and 2021 took 294,092 (1.62 percent) and 840,993 votes (4.94 percent) respectively.

Analyzing the dynamics of this leadership race, it seems that the Canadian right has every intention of returning to being the right. The candidate to beat continues to be Pierre Poilievre, a “hard and pure” conservative, who in the last five polls carried out in May and June has collected between 44 percent and 57 percent of the voting intentions of respondents who declared themselves conservatives. The moderate alternative, although authoritative and with a respectable political pedigree, does not seem to take root.

Former Quebec Prime Minister Jean Charest, in the same opinion polls, has accumulated an abysmal delay, with a minimum of 13.8 percent and a maximum of 15 percent.

Too little to hope to regain the lost ground, unless the voting system of the members, which provides for a possible second and third ballot, does not put it back into play at the last moment.

In short, the conservative base is preparing the long-awaited turn to the right, after the turn to the center inaugurated by Scheer and continued by O’Toole.

Given the great difficulties that the Liberal government is experiencing, given the malaise and creeping discontent in the Canadian electorate caused by the legislature pact between the prime minister and jagmeet Singh’s NDP – which should guarantee the survival of the Liberal executive until 2025 in exchange for some concessions in the next federal budgets – the Conservative Party is gearing up to win the next election.

With the aim, among other things, of reabsorbing the diaspora of consensus that has fueled the growth of Peolple’s Party in recent years.