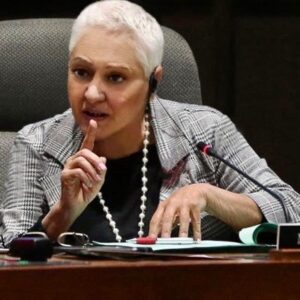 TORONTO – Friendly journalists can give you a free ride and distort reality. That’s your hope, if you “suck up” to them and give them stories they can print, until the public wizens up to this “fake news”.

In this last week, we have highlighted the contributions that colleagues in other media have made to the debate swirling around gender ideology. Our society accepts that people may have, are entitled to have, their own guiding philosophy, ideology, or religion.

There are those who believe contemporary society should be guided by the freedom that comes with the tearing down of the “moral barriers” associated with sexual practices. Others, 99.66% of the population according to Statistics Canada, have a different view, notwithstanding their tolerance for individual choice.

Catholics, for example, have earned the right in the Constitution to set up schools that operate according to the Catholic ethic, culture and religion. Neither the Minister of Education nor locally elected trustees can take away the right of a Catholic to access that educational environment. Parents can enroll their children in other schools (public and /or private). That is the Law.

Thousands of non-Catholic parents register their children in Catholic schools. A recent Court case in York Catholic noted that 5,000 of the Board’s 55,000 students are non-Catholic students who registered for the benefits inherent in a Catholic environment. That is by choice.

Trustee Rizzo (in the pic above, from her Twitter profile), in Toronto Catholic, is no stranger to manipulation of facts, justifies her anti-Catholic woke approach to her friendly reporter […] “trustees have to follow the law, and abide by the human rights code”.

Except that the Human Rights Code, Section 19 (1) says that nothing in the HRC can take away from or diminish the rights of Roman Catholic citizens enshrined in the Constitution. And in the same breath …“We have to do what we have to do for every kid … it’s not about constitutionality,” she added. “It’s what’s best for the child? What is best for our students and our families?”

One wonders whether on the eve of the election, her favourite reporter inserted that to provide her with cover for more disastrous behaviour if, Lord forbid, she were to emerge victorious Monday night.

The Law says parents determine what is best for their children, not Rizzo.