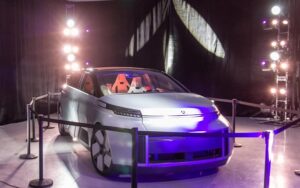 Here below is an article by Emma Jarratt, published on Electric Autonomy Canada, an independent news platform reporting on Canada’s transition to electric vehicles, autonomous transportation and new mobility services.

END_OF_DOCUMENT_TOKEN_TO_BE_REPLACED

Many challenges ahead for the “three amigos” 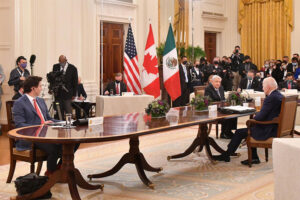 TORONTO – Illegal immigration, protectionism, industry and commerce… there are many topics on the plate at the meeting between the so-called “Three Amigos”: Canadian Prime Minister Justin Trudeau, US President Joe Biden and Canadian President Andres Manuel Lopez Obrador will meet during the next week for a trilateral summit in Mexico City and will discuss a series of hot topics, some burning ones such as the worsening of the migration crisis that Biden has to face on the border between the United States and Mexico and which, in some way, also involves Canada.  END_OF_DOCUMENT_TOKEN_TO_BE_REPLACED