Toronto, March 18: Today, the Canadian Prime Minister Justin Trudeau in a video message said the independent and democratic Bangladesh was built based on Father of the Nation Bangabandhu Sheikh Mujibur Rahman’s love for his people. He categorically said, “Something we are able to celebrate [50 years of independence] today because of Sheikh Mujibur Rahman’s vision for an independent and democratic country, one which was built on his love for its people.” END_OF_DOCUMENT_TOKEN_TO_BE_REPLACED

Gaudiano wins Sanremo Giovani
with a song for his father 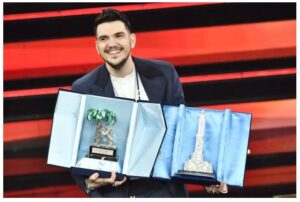 SANREMO – First verdict at the Sanremo Festival, the event dedicated to the Italian song. Luca Gaudiano (in the photo), a young singer-songwriter from Foggia, is the winner of the “Young” section: the thirty-year-old from Puglia won the final on Friday 5 March with the song “Polvere da sparo”, triumphing over the other three finalists Wrongonyou (with “Lessons in flight”), which won the Critics’ Award “Mia Martini”, Davide Shorty (with “Regina”) who was awarded the Press Office Award “Lucio Dalla” and Folcast (with “Discover yourself”). END_OF_DOCUMENT_TOKEN_TO_BE_REPLACED