Transparency and accountability forgotten at TCDSB 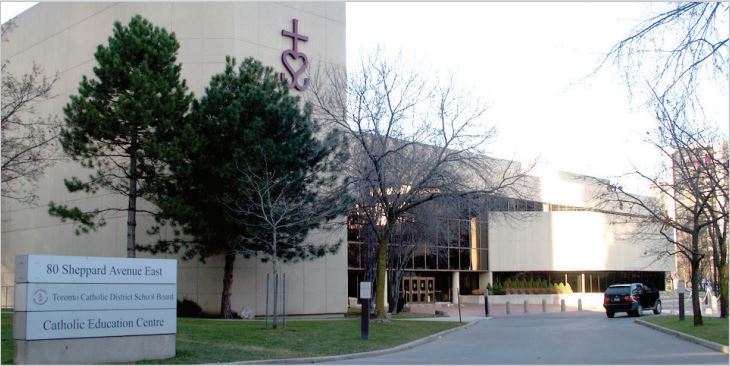 TORONTO – The travesty surrounding the of the “disposition” of the allegations of the alleged code of conduct breaches levelled against trustee Daniel Di Giorgio made several things clear. The report levelled against him was trumped up nonsense manufactured to bring his name into disrepute, just in time for the elections.

What we did learn is that the Integrity Commissioner (IC) does not work for the Board of trustees. Rather, he/she submits a report to the Board, but it must first clear the desk of the Secretary/Director of the Board, Brendan Browne. As it turned out, he and his staff can and do change the report to suit their perceived obligations or objectives. That is a dangerous arrogation of authority. Now he is faced with a demand by a member of the public and registered candidate who is determined to have access to similar procedure before the August 19.

The IC has no authority to do anything other than to determine whether an investigation has merit; compile and report findings and remind Trustees of their options should they agree to accept his/her recommendations. According to Secretary/Director Browne, once the IC submits the report, it belongs to the Board, meaning the Director who then can redact, alter, or otherwise change the content at his discretion.

We know this because he says so. As Marc Anthony’s Shakespeare said of Brutus: and he is an honourable man. We know this to be true because Secretary/Director Browne hired a platoon of lawyers to provide legal advice on the appropriateness of what he was trying to accomplish over the objections of reasonable trustees on the Board.

The report was not going anywhere, despite the sloppy intimidation tactics by attempted against Di Giorgio.

The former IC, who took their “expertise” to the City of Brampton sometime in April, resigned in May, but hung on until Mid-June to “lend weight” to their own personal views about Di Giorgio, the Corriere and its publisher – and to collect more “billable hours”.

Secretary/Director Browne must relish the vainglorious exercise to squander public money on legal entities who will opine on the merits of his musings on policy and procedure while he manipulates certain trustees to do his bidding, especially the nefarious gang of four who will allege anything, slur and smear anyone to avoid fulfilling their duty to Catholic electors. Anything to keep people off balance, so to speak. It worked, in part, against trustee Del Grande. It is unlikely to work against people like the trustee candidate Gabriella Mazarakis. Meanwhile, according to an insider who has seen the invoices, last year, Brendan Browne authorized a pay out in excess of $1,000,000.00 to outside legal counsel just as the TCDSB is facing student shortages, reduced revenues and teacher agitation. Children have to do without.

In house legal advisors, on the other hand, are supplemented by other legal opinion generators from law firms like BLG, Aird Berlis, ADR, Principles Integrity (it is a real name), and the Parliamentarian.

None of them were elected to discharge the obligations that trustees have to the parents who put them around the Board table.

None of their opinions on procedure can restore the ethical behaviour, lost, but still legally demanded and expected of trustees elected to uphold the Catholic ethic.