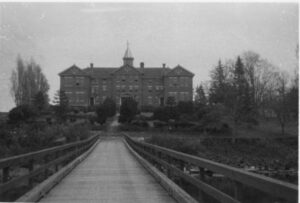 Toronto, July 14: Another mass grave has been found near a closed residential school on Kuper Island in British Columbia. The Penelakut tribe in the area said the mass grave was found near a school known as Kuper Island Indian Industrial School. According to the Penelukat community, 160 unmarked graves have been found there. The school was reportedly open from 1890 to 1975. END_OF_DOCUMENT_TOKEN_TO_BE_REPLACED

The remains of 215 children in a mass grave, Trudeau: “Shameful chapter in the history of Canada” 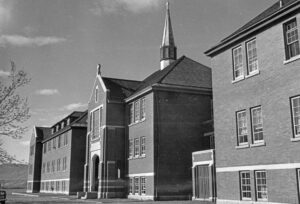 “A dark and shameful chapter of our country’s history”: this is how Canadian Prime Minister Justin Trudeau commented, on Twitter, the news of the discovery of the remains of 215 children in a mass grave near the Kamloops Indian Residential School (in the pic above, in 1970) in British Columbia: a institute opened in the late 1800s and closed in 1978, which was part of the network of schools founded by the government and mainly administered by Catholic churches (in the case of Kamloops, the management came under the control of the government in the second half of the 1960s), at the aim to “separate” the children of the indigenous people from their culture to “assimilate” them into the dominant culture. END_OF_DOCUMENT_TOKEN_TO_BE_REPLACED