TORONTO – He was bigger than life.

If a political figure is measured by his influence on the Province, Bill Davis will surely emerge as one of the true fathers of a modern Ontario society. A a graduating university student, i remember him as a small-town lawyer deeply steeped in the ultra-conservative politics of an Ontario still very dependent on an agrarian based economy buttressed by a manufacturing-centred Toronto.

His home base was then “sleepy” Brampton, population 55,000. The Family Compact and the Orange Order, his core supporters, did not look too kindly upon those new post-war immigrants from Europe who were not British.  END_OF_DOCUMENT_TOKEN_TO_BE_REPLACED

Erdogan vs Draghi: “I am a dictator?
He hasn’t even been elected … “ 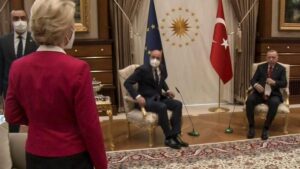 ROME – Mario Draghi had “beaten” him for the treatment reserved to Ankara to Ursula von der Leyen, on 8 April, when the president of the European Commission had been left without a chair at the official meeting between the EU and Turkey (in the pic above) and was forced to sit on the sofa (hence the name of “sofagate” to the case). “A dictator”, Draghi had defined him. END_OF_DOCUMENT_TOKEN_TO_BE_REPLACED

Enrico Letta’s revenge:
he is the new secretary of the PD 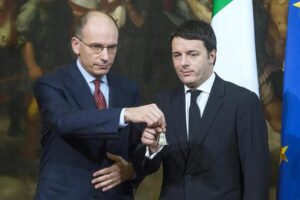 ROME – Seven years ago, Matteo Renzi threw him out and his “Enrico, stay calm”, addressed to the premier who was ‘scrapped’ and replaced by the current leader of Italia Viva, remained famous. Today, Enrico Letta (in the pic, with Matteo Renzi in 2014) takes revenge: with 860 yes, 2 no and 4 abstentions, he is new secretary of the Democratic Party. END_OF_DOCUMENT_TOKEN_TO_BE_REPLACED