On Sunday, Pope Francis expressed shock and sorrow after “the discovery in Canada of the remains of 215 children, pupils of the Kamloops Indian Residential School in the province of British Columbia”.

During his weekly address to the crowd in Saint Peter’s Square Sunday afternoon, the Pope said he “joins the Canadian Bishops and the whole Catholic Church in Canada in expressing his closeness to the Canadian people who have been traumatized by the shocking news.” END_OF_DOCUMENT_TOKEN_TO_BE_REPLACED

Long Term Care, McGeer: “Proposals ignored because they are expensive” 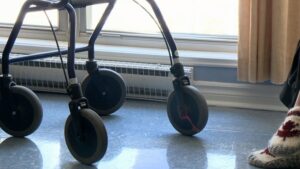 TORONTO – Hire thousands of personal support workers (PSW) and place infection control specialists in long-term care homes, – as has been done in Quebec – a system to allow hospitals to support the long-term care industry and to ensure seniors don’t have to share a room in three or four. These are some of the various proposals Ontario doctors have made to protect LTC residents but which the government has rejected “as too expensive.” END_OF_DOCUMENT_TOKEN_TO_BE_REPLACED