MP Garnett Genuis shares his view of a prosperous nation

As anticipation builds for the call of a national election, there is no doubt things will be a little different for the campaign trail in the midst of a pandemic. Despite concerns that Canada may be at the start of a fourth wave, politicians have an obligation to get out in the community and spread their message. END_OF_DOCUMENT_TOKEN_TO_BE_REPLACED 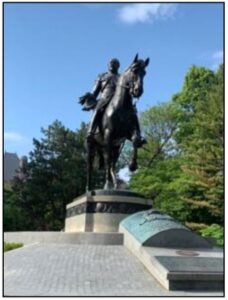 Last month, a former US senator and tv commentator, was dismissed by CNN when he said “We birthed a nation from nothing … we have native Americans but … there isn’t much Native American in American culture” to a group of young conservatives gathered in April to hear him speak about the religious values of European settlers in the US.
END_OF_DOCUMENT_TOKEN_TO_BE_REPLACED

Toronto, March 18: Today, the Canadian Prime Minister Justin Trudeau in a video message said the independent and democratic Bangladesh was built based on Father of the Nation Bangabandhu Sheikh Mujibur Rahman’s love for his people. He categorically said, “Something we are able to celebrate [50 years of independence] today because of Sheikh Mujibur Rahman’s vision for an independent and democratic country, one which was built on his love for its people.” END_OF_DOCUMENT_TOKEN_TO_BE_REPLACED