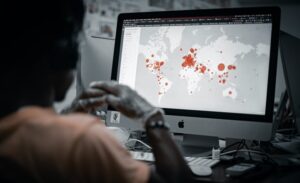 TORONTO – More than a new wave: it’s a tsunami. Omicron has attacked (also) Canada, making the infections from Covid-19 increase exponentially, despite – after the winter wave – the virus seemed to be in a downward phase. In fact, data from the Canadian task force reveal how quickly Omicron and its sub-variants spread across the country as early as the end of 2021 and early this year. The task force reported that as many as 17 million Canadians were infected in just five months, between December 2021 and May 2022. This means that the daily average of new infections was over 100,000. A record, enough to push the members of the task force themselves to define the wave “Omicron tsunami”.  END_OF_DOCUMENT_TOKEN_TO_BE_REPLACED