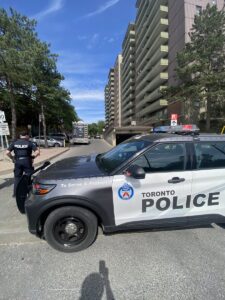 TORONTO – Blood flows non-stop in the GTA. And it does so in broad daylight. After the four shootings on Friday and Saturday in which four people died and five were injured, on Sunday in four other shootings one man died and seven people sustained injuries. Four shootings, the latter, all took place in Toronto in the space of six hours.