The Federal Government invests $890,000 in training to help strengthen the skilled trades workforce 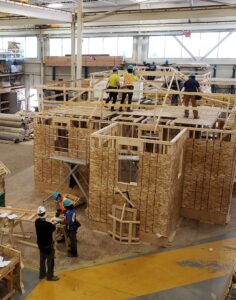 A strong workforce in Canada is crucial for a prosperous economic recovery. The skilled trades play a vital role in that recovery. The Government of Canada is investing nearly $890,000 in the College of Carpenters and Allied Trades (CCAT, in Woodbridge), to help train, support and maintain a qualified skilled trades workforce. END_OF_DOCUMENT_TOKEN_TO_BE_REPLACED

PSW Free Training is a ‘historic initiative’ of the Ontario government

The role of ‘PSW’ or personal support workers as frontline workers in Western society is quite important. As they are engaged in the care of critically ill patients in care centers and hospitals, and they are also engaged in other community care homes, privately owned homes and government-funded long-term nursing homes. At the same time, they not only set a unique example of service but also dedicate themselves to the daily well-being of their patients. According to the Personal Support Worker HQ website, the average life expectancy in long-term care centers in Canada is 87.2 years, and many of them suffer from mental disabilities, such as Alzheimer’s or dementia. As a result, their great sacrifice is unforgettable. This example is reflected during the Corona pandemic everywhere in Canada, even in other countries. END_OF_DOCUMENT_TOKEN_TO_BE_REPLACED