Mexican consul in Leamington, Canada, dismissed for sex tape in his office 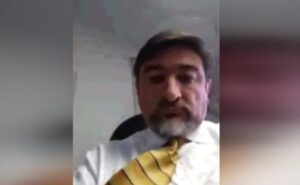 The director-general for North America of the Ministry of Foreign Affairs (SRE), Roberto Velasco Álvarez, announced that Darío Alberto Bernal Acero, honorary consul of Mexico in Leamington, Canada, was dismissed from his position after knowing a sexual video recorded in front of his desk at the consular headquarters. The Canadian authorities and also in Mexico are already investigating the events. END_OF_DOCUMENT_TOKEN_TO_BE_REPLACED