Petitions to remove ‘Muzzo’, but hospitals respond they won’t 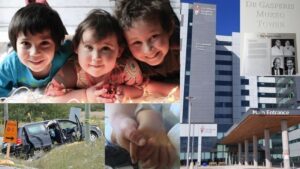 TORONTO – The name Muzzo is there to stay. In the aftermath of the news of the suicide of Edward Lake, father of the three children killed in 2015 by Marco Muzzo driving drunk, from many parts and with increasing insistence citizens ask for the removal of the family name from the hospitals to which they have given millions of dollars in donations. But hospitals in Toronto and Vaughan responded in spades. Meanwhile, the two petitions, which on change.org (one and two) urge that the name Muzzo disappear from the walls of hospitals, continue to collect more and more signatures.