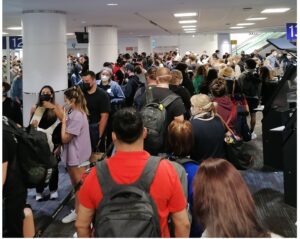 TORONTO – Infinitive waiting to renew passports, endless queues at the airport, suddenly canceled flights: the conditions are all there for a summer to … forget. Those who wanted to return to travel, after two years of “confinement”, are in fact dealing with the harsh reality of the total disorganization of the Canadian bureaucracy.  END_OF_DOCUMENT_TOKEN_TO_BE_REPLACED

The holiday charter airline Air Transat has just announced that it is extending the suspension of all flights until July 29, due to existing travel restrictions in Canada and abroad.

The airline, managed by the travel company Transat AT, informed passengers on its website about the END_OF_DOCUMENT_TOKEN_TO_BE_REPLACED 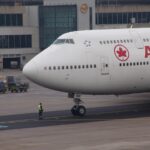 Air Canada will resume some routes to Jamaica, Mexico and Barbados in early May after Canadian airlines stopped all flights to solar destinations in January at the request of the federal government. However, Air Transat will not resume the flight until June. END_OF_DOCUMENT_TOKEN_TO_BE_REPLACED

Beginning 2021, Canada began requiring all residents and travellers to submit a negative test for Covid-19 before leaving for Canada. But from Mexico, which together with Canada and the United States forms the CUSMA trade agreement, and the Caribbean countries there are not even flights.

Canadian Prime Minister Justin Trudeau announced the new travel restrictions saying that all airlines, including Air Canada, agreed to cancel “all destinations in the Caribbean and Mexico” until April 30. END_OF_DOCUMENT_TOKEN_TO_BE_REPLACED