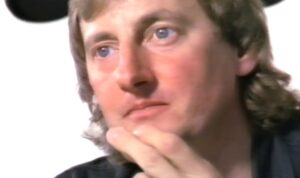 A British journalist and former managing director of Ekushey TV and advisor to Jamuna TV in Bangladesh, Simon Dring (in the pic) has died on Friday in late news relayed while undergone for an abdominal surgery at a Romanian hospital while he suffered a massive heart attack and was not revived.

He reported for the BBC from many conflict zones, such as, Europe, Africa, the Middle East, Asia and Latin America, including Vietnam, Laos, Cambodia, India, Pakistan, Bangladesh, Iran, Nigeria, Angola, Uganda, Eritrea, Cyprus, Israel, Brazil, Croatia, Bosnia, and Georgia in the 1960s, 1970s and 1980s as well as covered the horrors of Bangladesh’s war for independence from Pakistan in 1971. Particularly, as a youngest journalist of 27-year-old hide in the lobby, the kitchen and the rooftop at capital Dhaka’s Intercontinental Hotel during Operation Searchlight on March 25, 1971.

During that time, for a straight of 32 hours of risking his life, he noted down reports of the crackdown, by travelling Dhaka in a baker’s van once the curfew was lifted on March 27 to collect some evidences of genocide, which remain as one of the most gruesome and merciless acts committed by the Pakistan military. In his own words, Dring described the aftermath of Operation Searchlight, that serves harrowing images even to this day: “I found the bodies of students who had been shot to death in their dormitories and outside on the campus grounds; the rickshaw pullers, bullet-ridden and bloodied, lying by the roadside; whole families burnt alive in their homes when their street had been sealed off and the houses torched; bazaars in the old city burnt to the ground.”

Dring managed to escape the military and board a flight to Bangkok, from where he sent his report “Tanks Crush Revolt in Pakistan”, which appeared in the front page of The Daily Telegraph on March 30, 1971.

In 1997, Dring joined partners in Bangladesh to develop, license, and build Ekushey Television, the first private, commercial terrestrial/satellite TV channel in Bangladesh. He left behind his partner Fiona and two children. He will be remembered always as a true friend of Bangladesh, which many percieve.

Picture taken from “I ran the world” video at https://www.irantheworld.com/aiovg_videos/simon-dring/