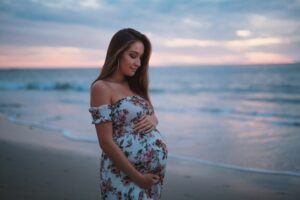 If this comes across as “political”, rest assured it is not my intention to be or appear to be partisan. Some things are so blatantly absurd that even the least educated among us ought to see the point. Our paper is in the business of reporting news, providing a modicum of objective analysis and commenting on matters of general interest. Occasionally, we will indulge in opinion pieces focusing on “personalities who are in the public limelight” because they have a publicly mandated role, which affords them merit or criticism based on how they discharge their obligations to the public.

One item that should be put to rest with great haste is the increasing trend to de-humanize pronouns. You read that correctly. Someone “woke up” one day and said that the root of all social evils is our propensity to classify nouns and pronouns as masculine or feminine.

Imagine that. The price of gasoline (and crude oil) is going through the roof; house prices are “going up to zoom”; our economy is transforming itself before our very eyes; military expenditures are growing by leaps and bounds; food prices are so expensive that we will be tightening our belts naturally; violence is leaving a greater stain on urban society than ever before; let’s see… I must have forgotten something…

Ah yes, we are still in the middle of a pandemic and the number of deaths attributed to it are beyond the fantastical in Canada as elsewhere (whether we accept the causes and consequences or not) and no one can confidently point to scientific data – the interaction of specific molecules that produce a specific outcome or can be manipulated to prevent one – that offers lasting solutions.

That’s ok. The REAL problem is that society clings to outdated notions regarding the sexes and their potential roles in the scheme of creation.

Let’s be specific even at the risk of offending some sensitive souls. Recently, post federal election, a defeated (Inch allah) candidate invited us to imagine the unfairness of a “pregnant person” not being able to get the attention “they” needed when the moment would call for attention.

I couldn’t do it.

For me “a pregnant person”, one scientifically, biologically and anatomically capable of giving birth could only be a “woman”. On Tuesday, a local television station that prides itself on delivering up to date news, twisted itself into a proverbial knot referring to “pregnant persons” and “their” difficulties, going so far as to show only the “bloated torsos” of those “persons” during the narrative.

No one on staff could understand the point of de-humanizing the act of pregnancy and the quasi-mystical aura that envelops women who are about to become mothers. Say what one likes about patriarchal societies, Europeans generally come close to venerating their own mothers, you know… the women whose uterus gave them life.

Back to the TV incident, the reporter in the field tried on a couple of occasions to “go along” with the charade until, either by design or by habit, he slipped back into the traditional “pregnant women” to close off the item.

This contrived “pronoun absurdity” aimed at transformational change so offended some of the senior bureaucrats I inherited as staff upon being sworn in as Minister, that one said openly: “Minister, ask us to do anything, but please stay away from this vocabulary nonsense”. That was then.

Last week, the Toronto Star published a piece authored by its most venerable senior writer (whom I have never met and with whom I have not always agreed) wherein she decried that it we may soon be prohibited from using the word “woman”. All because someone “woke up”.