A significant tribute to the mother of a famed actress! 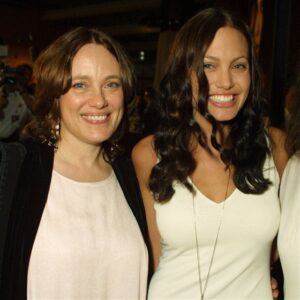 Toronto, May 9: Today on Mother’s Day, many people in Canada would express their gratitude towards mothers and mother-like figures. It may include step-mothers, mothers-in-law, guardians, such as foster parents and family friends. For such, it is time for people to thank mothers and mother-like figures who took the time to care for them and help them through life’s challenges.

Consequently, in the corona pandemic last year in an op-ed for the New York Times, Actress Angelina Jolie has revealed her late mother’s strength as a single parent and wrote that “When my father had an affair, it changed her life. It set her dream of family life ablaze. But she still loved being a mother.”

Jolie, who shares six children with her ex-husband Brad Pitt, has “rediscovered” Marcheline Bertrand’s spirit. Jolie was primarily raised by her late mother, Marcheline Bertrand. So, as a single parent herself, Jolie has drawn Bertrand for strength.

Jolie recalled in the write-up how Bertrand “loved to feel alive” and filled their home with rock music after she separated from Jon Voight in 1976. “I got a small tattoo on my right hand after my mother died, knowing that hand tattoos fade,” Jolie revealed. “It looks to others like a letter ‘m.’ But, it wasn’t an ‘m’ for Marcheline, her name. It was a ‘w’ for ‘Winter’, the Rolling Stones song she sang to me as a baby, and that I remember loving as a little girl.”

Jolie also explained the new meaning to her. For her, “Listening to ‘Winter’ now, I realize how lonely and afraid my mother must have been, but also how determined she was to fight to make sure her children were all right.” She also seemingly referenced the end of her 12-year relationship with Pitt. “Life has taken many turns. I’ve had my own loss and seen my life take a different direction. And it hurt more than I imagined it ever would.” Then she elaborated, “But now, with my girls growing up and being the ages I remember so well as a daughter, I am rediscovering my mother and her spirit… She was a woman who loved, even after loss, and never lost her grace and her smile.”

There Jolie felt the “rediscovered” connection with Bertrand, who passed away in 2007 after a nearly eight-year battle with breast and ovarian cancer. Just like her mother did, Jolie puts on a brave face for her kids.

“I now know what it’s like to be alone and to wrap my coat around those I love,” she explained. “And I know the overwhelming sense of gratitude at being strong enough to keep them safe and warm. When your children come into your life, they immediately and forever come first.” Sensibly that is all caring mothers do, happy Mother’s Day!