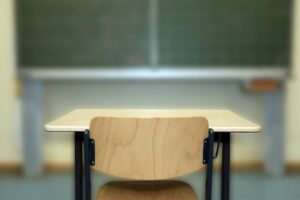 TORONTO – The Ford government and CUPE, the union representing Ontario’s education workers, are on a collision course: today the government hastily approved (it’s happening while we are writing), the controversial decree law prohibiting strikes while tomorrow, not caring about the ban, the 55,000 union members are crossing their arms.

“They refused to cancel the strike and, as a result, we have no choice but to present this bill intended to avert a strike and create some stability,” Education Minister Stephen Lecce said this morning. Then, in the late afternoon at Queen’s Park, the legislature with a majority of the PC, did not encounter difficulties in approving the Keeping Students In Class Act.

And also today the union’s bargaining committee posted on social media that “the mediation ended in nothing”. In a statement posted on social media in the afternoon, the bargaining committee said that “it is clear that this government never intended to negotiate. The time and effort they spent on Bill 28, which deprives education workers of the rights of the Charter, should have been spent on an agreement aimed at respecting workers and ensuring students have the services they desperately need.”

It is an illegal strike tomorrow but non-teaching staff at Ontario schools, including custodians, administrative staff and educational support workers, represented by the Canadian Union of Public Employees (CUPE) have not gone back on their decisions. The law — which imposes a four-year contract, includes a 2.5 percent increase in pay for those earning less than $43,000 a year and a 1.5 percent increase for all other employees and prohibits strikes — has further soured relations between the government and CUPE.  Not to mention the Notwithstanding Clause that for the first time in Ontario’s history would be used in a labor dispute. The purpose of this Article 33 of the Charter of Rights and Freedoms is to nullify any possible challenge to the law.

Under fire from opposition parties in the legislature, Prime Minister Doug Ford today called the stalemate a choice between supporting students or closing schools. “The NDP and the Liberals cannot have both things – said the premier – either they are on the side of students and parents or they support the closure of schools. The choice is between strikes or students.”

After several rounds of negotiations that ended in nothing – the increase in pay played an important role – on Tuesday the CUPE proposed a counteroffer that Lecce said would not be considered “until the strike is lifted”. The Keeping Students In Class Act will put CUPE against the wall: hefty fines are provided for those who call or authorize a strike, 4 thousand dollars for individuals, up to 500 thousand to the union.

But despite criticism from civil rights groups — even Prime Minister Justin Trudeau told Ford that the use of the Notwithstanding Clause is “wrong and inappropriate” — the government has moved forward firmly. ‘This is the last resort of any government. But when they strike the government will use every tool at our disposal to provide stability and reliability to millions of parents and the 2 million children who should be in the classroom,” Lecce said.

The strike that started tomorrow, announced the CUPE, will continue indefinitely. And today the Ontario Public Service Employees Union (OPSEU) said that 8,000 of its education workers will also join the protest of CUPE members. “OPSEU/SEFPO education workers will leave work tomorrow (today for the reader) in a monumental show of solidarity with their CUPE colleagues against Stephen Lecce and the Ford government’s Bill 28,” they said in a statement.

Meanwhile, the schools of the Catholic and public school boards of Toronto, those of York, Peel and Durham will remain closed tomorrow.

At the time we publish this article, in Queen’s Park there has not yet been a vote but the result seems obvious: the government will approve the Keeping Students In Class Act.