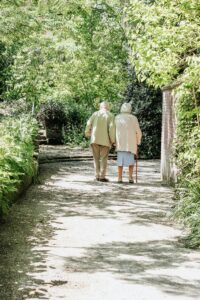 TORONTO – Canada is an increasingly old country and will age even more rapidly in the coming years. The confirmation comes from Statistics Canada’s 2021 national census data.

The survey shows that older people over the age of 85 are one of the fastest growing demographics in the country and that the population of this age group is expected to triple in the next 25 years. Since the 2001 census, the number of people over the age of 85 has more than doubled. “Older Canadians are a growing economicly and politically influential group,” says Statistics Canada, “they are healthy, active, and participate longer.”

The ageing of the population must be accompanied by the creation and improvement of structures and assistance which, as the years go by, becomes increasingly necessary.

Statistics Canada’s Director of Demography Laurent Martel calls this the phase in which Canada is approaching an “appointment with demographic destiny”. By 2050, according to census data, the population aged 85 and over could reach more than 2.7 million people. The statistical survey shows that more than one in four elderly people in that age group currently lives in a “collective dwelling” such as a residence for the elderly, a nursing home, a long-term care facility or a hospital.

The percentage of elderly people living in these facilities increases only with age, as more than half of centenarians receive care in one of these homes.

Waiting lists for beds in LTCs can get longer for years, leaving people stuck in hospitals because there’s nowhere else to go, or wearing down families struggling to care for loved ones at home. “It will affect the country in terms of how medical resources are distributed. It will certainly be necessary to devote a greater part of our fiscal budget to the care of the elderly. But most importantly I think it will affect everyone personally,” Norris said.

Martel of Statistics Canada said: “And as the population ages, birth rates have declined since 2016 so there will be fewer people caring for millennials by the time they reach old age. In fact, 2020 saw the lowest birth rate since World War I.”
Canada, Martel noted, is still younger than other G7 countries such as France, Germany, Italy and Japan.

Bonnie-Jeanne MacDonald of the National Institute on Aging says the impact could be particularly devastating because Canada’s future seniors have not had as many children as previous generations. And this, translated into simple words, means that the number of those who will take care of them when they do not have access to long-term care facilities or nursing homes is greatly reduced. “Last year the oldest baby boomers turned 76 and most likely live independently,” MacDonald said, “they have not yet reached the critical age that is usually associated with the need for care and support, but this is really something that is now undoubtedly on the horizon.”

These latest data also highlight the aging canadian workforce with the working-age population across the country being the oldest there has ever been.

The age group indicated as working includes individuals between 15 and 64 years old, and data show that an increasing number of this group are approaching retirement. More than 20 percent of the working-age population is now between the ages of 55 and 64. Since the last census in 2016 the number of people aged 65 and over has grown by 18%. This group accounts for nearly 1 in 5 Canadians, up from just 16.9% five years ago.