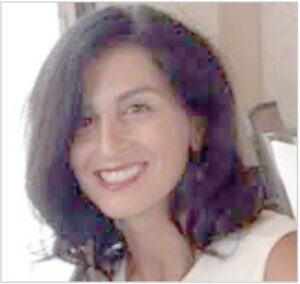 TORONTO – Catholic Schools exist because the Constitution, the Charter of Rights and the Education Act recognize and protect their existence; so does the Human Rights Code. Catholic ratepayers are expected to contribute, and do so contribute, to their financial stability.

The former Integrity Commissioner of the TCDSB seems to have had trouble understanding those fundamental concepts when he/they made themselves an instrument of others’ questionable attacks on trustees who comprehend and discharge their role. It started with the concocted attack on Del Grande in November 2019 and ended with the failed attempted defamation of Di Giorgio on August 10, 2022.

So, what is the role of Catholic trustees?

A certain Gabriella Mazarakis researched The Trustee Code of Conduct outlined in A.04 on the Board’s website. It says, in part… “Trustees are expected to discharge their duties and responsibilities in a professional and ethical manner consistent with Gospel Values and the teachings of the Catholic Church… That standard includes upholding the Catholic Faith and adhering to the Oath of Office taken each year at the Caucus meeting.”

…Unless you are a member of the infamous gang of four trustees at the TCDSB. Then the rules may not apply to you – you are woke, a cancel culture zealot – you make them up as you go along… until you are called out for misuse, if not abuse, of your position.

That’s what has happened to Markus De Domenico, charter member of the self-proclaimed authority of how to be an ethical Catholic trustee. Bang, just like that, Gabriella Mazarakis, has effectively asked the TCDSB and the Interim Integrity Commissioner to disqualify De Domenico from holding office for breaches of those “rules”.

Mazarakis, a mother of school-aged children, is registered as a candidate to oust the incumbent. Encouraged by the special Board meeting on August 10, called to “punish” trustee Di Giorgio for disagreeing with De Domenico and his ilk, she submitted a request to the new Integrity Commissioner (law firm Aird Berlis) that it investigate and report a finding of fault in the allegations of egregious violations (emphasis added) of the Trustee Code of Conduct and perhaps Conflict of Interest guidelines committed by De Domenico. What’s good for the goose is good for…

For good measure, she supplied relevant sections of the Code of Conduct and the Conflict-of-interest guidelines, together with pictures revealing Markus in flagrante delicto to support the allegations. It is a copious document. She has done the research for the Integrity Commissioner.

Mazarakis pointed out violation after violation, including a ten-page newsletter, an election brochure churned out at Board expense and distributed via Board resources. She made specific reference to the Political Activity and Campaigning Policy A.40 of the Board.

It may be worth noting for Municipal election officials that De Domenico also started a finance campaign prior to registering his candidacy, as required by the Municipal Elections Act.

Mazarakis, however, raised the question of electoral integrity and fairness with the City of Toronto Municipal Elections department who manage Trustee Elections. Mazarakis’ letter points out that “they have the same black out period for complaints and similar policies regarding use of City resources on election campaign sites as TCDSB”.

She highlights that, however, “in the case of alleged violations of election policies such as those [she has] described herein, [the complaints] are dealt with immediately to ensure election integrity and fairness.” She demands that the TCDSB do the same.

Otherwise, willful breaches of the Act may compromise the election and result in unfair advantage to the perpetrator, De Domenico.

Not content with the IC’s apparent docility to take on the task, she sent her concerns to the Director and all the trustees. Again, receiving no reply, she sent a letter demanding action to the Board, copying the Corriere Canadese and the Toronto Star.

We think she deserves a hearing.