Education at TDSB: “woke” yes, “awake” not so much 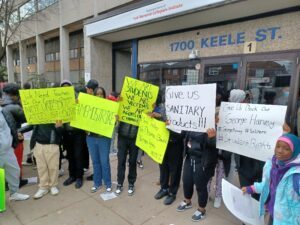 TORONTO – The demonstration by students, on Friday, December 2 (here our article), at the combined high school on Keele Street (George Harvey and York Memorial) was impressive for several reasons. One, it was peaceful and generally well-tempered. Two, at its peak, there were, by my rough count (contested by other Media reports interested in inflating numbers), about 150 participants (just over 10% of the registered student body). Three, students were prepared to deliver a message in response to the extremely negative publicity their school(s) garnered in recent press and media reports.