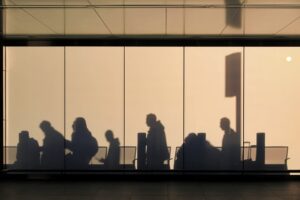 TORONTO – Almost 2.4 million people are in limbo: they are citizens from all over the world waiting for answers to immigrate to Canada. The backlog in the offices of the IRCC (Immigration, Refugees and Citizenship Canada) is mammoth and biblical times are expected for every type of application, from temporary or permanent residence to citizenship.

In the last month, there were 257,499 new applicants. The data are the official ones from the IRCC which in recent months has seen an impressive progression of requests made by those who want – or rather, would like – to build a future in Canada. But let’s get into the details.

The total backlog (including all types of applications) in one year grew exponentially, going from 1,447,474 people in July 2021 to 2,387,884 people in June this year. And as if that were not enough, the backlog is also added to the “load” of the CUAET (Canada Ukraine Authorization for Emergency Travel) which has been available since March for Ukrainians who wish to move to Canada to escape from the war: between March 17 and June 8, 296,163 applications were received.

Despite being among the top five destinations with “immigrant-friendly policies” worldwide, Canada is therefore experiencing an upward trend in application arrears and many families contest the “long processing times” and “lack of communication and transparency “, as evidenced by various media, Canadian and non-Canadian, which in recent days have recorded various testimonies in this regard. “The IRCC – is one of the many comments – must understand that it is not only processing a lot of documents, but it’s making decisions that are affecting the lives of families and generations to come”.

Divided families, people who would have a job in Canada and risk losing it, students who are on the verge of losing the opportunity to undertake an educational path: the situations are the most varied and the needs of those who try to immigrate to Canada clash with a cumbersome system (for those who don’t know, take a look at the IRCC website: https://www.canada.ca/en/immigration-refugees-citizenship.html). The IRCC, for its part, defends itself: in a statement sent to CTV News asking for clarification on the immigration situation, communications officer Jeffrey MacDonald said that the backlog grew during the pandemic and that there it will take time to dispose of it. Covid or not (any excuse is good …) one thing is certain: the “fairy tale” of Canada “that welcomes everyone” has gone out of fashion and no one believes in it anymore.