Collateral damage of Covid-19, divorce rates on the rise 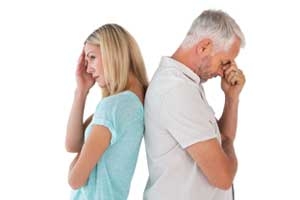 It goes without saying that the Covid-19 pandemic has affected many people’s live, including those of married couples. The latest announcement that Bill and Melinda Gates are ending their 27-year marriage may be yet another example of the collateral damage from Covid-19, which is not intimidated by financial barriers.

In reality, a number of reasons factor into a couple’s decision to end their marriage. While the specific reason for the split is not yet known, for this high-profile couple, they now become another statistical reference.

In the US, experts suggest that 39% of marriages end in divorce. The rate is about the same in Canada. Generally, 38% of marital unions end before a couple reach their 50th anniversary.

According to studies by the Pew Research Center, the divorce rate for adults 50+ has nearly doubled since the 1990s. Over a 25-year period, survey data revealed for every 1,000 married individuals over the age of fifty, ten divorced, up from five in 1990.

Due to lockdowns and stay-at-home orders, couples are spending more time together. With less opportunity to get out, de-stress and socialize with others, they are forced to confront several Covid-related stressors that may increase tension in their marriages. Quarantine conditions, unemployment, financial hardship, illness, loss of loved ones, poor mental health, all these can have damaging effects on a marriage.

Even prior to Covid-19, divorce can be painful and messy. With the added economic challenges brought on by the slowdown of the economy, it would not be unreasonable to expect an increase in financial improprieties when couples are divorcing, experts caution.

As for Mr. and Mrs. Gates, the news of their separation, announced jointly on their Twitter accounts, could indicate the decision was amicable and perhaps they have worked out some of the bigger issues to some degree.

Microsoft co-creator, Bill Gates, is one of the world’s richest billionaires, with a net worth of about $130 billion. The couple are founders of the Bill and Melinda Gates Foundation. The philanthropic organization, worth $50 billion, covers a wide range of initiatives that focus on global health, development, education and equal opportunity for people around the world.

On a scale this large, a divorce is a complex issue. Mainly, on the valuation and equitable distribution of their immense asset portfolio. The financial details have not been made public.

Some adults choose to stay in their marriage to set an example for their children and to sustain a family unit while raising them. When those kids grow up and start families of their own, it opens an opportunity for couples to re-evaluate their marriage.

The climbing divorce rate among adults aged 50+ may be linked to reasons such as growing unsatisfied with their union over the years. Research also points to partners seeking independence and pursuing their own interests for the remaining years of their lives.

As for the true impact of the Covid-19 pandemic on the state of divorce rates among married couples, it may take years for government sources and scientific studies to fully understand its effects.