Deloitte: “Deeper recession, but job loss will be minimal” 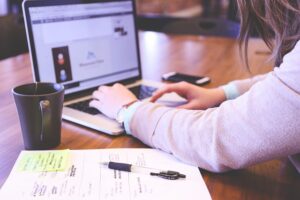 TORONTO – The Canadian economy will face a “more pronounced than previously thought” recession, but it will still be “mild and short-lived” compared to previous slowdowns, according to the latest forecasts contained in a report released today by Deloitte, the company of advisory and financial services.

Estimating that the country’s gross domestic product decreased by 2.2% in the last quarter of 2022, Deloitte forecasts a further contraction of 3.4% and 1.6% in the first two quarters of 2023. And, although expect growth to return in mid-2023, its forecast is that gross domestic product (GDP) will fall 0.9%, overall, this year. In its September forecasts, as Global News recalls, Deloitte instead forecast a rebound in GDP in the second quarter of 2023, with the country’s economy able to sustain growth of 0.2% for the year. But making predictions in such a complicated historical situation is really difficult, if not impossible. However, Deloitte still expects the institution to slow “sharply”, falling to 2.9% by the final quarter of 2023.

Among the factors that have made it difficult to give certain indications for the future, in addition to the pandemic and the war, there is certainly the politics of the banks: the Bank of Canada, in particular, has increased its reference interest rate more than expected and the US central bank has done the same: both have been particularly “aggressive”, with significant increases in interest rates… the Bank of Canada has raised its official rate by 4.00 basis points to 4.25% in 2022, one of the fastest tightening cycles in its history. Deloitte researchers predict that before the end of 2023 Canada’s central bank will reverse course and begin cutting interest rates again, before returning to around 3% in 2024. But Deloitte’s current economic forecast assumes that the Bank of Canada has now stopped raising interest rates, something that most economists and money markets do not support, however, which expect another increase of 0.25 basis points on January 25th, with a consequent, further, economic contraction.

The Deloitte study, however, does not predict significant job losses in Canada due to the recession. The institute expects unemployment to rise to 6.0% in 2023 with most jobs lost in interest rate sensitive sectors such as construction and transport, as well as the retail and manufacturing sectors, information and culture. And the current labor shortage will incentivize companies to keep the talents they have during what should be a relatively short-lived recession. “This is shaping up to be another challenging year for the Canadian economy” Deloitte researchers write in the report, “but we’re getting quite used to calling on our resilience, acting nimbly to position ourselves to weather the economic storm: the impending recession is simply the latest wave”.

Photo by StartupStockPhotos from Pixabay