Everything increases in Canada, but something is cheap: bananas and marijuana 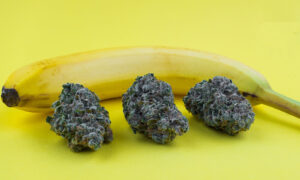 TORONTO – Everything increases: grocery, gasoline, mortgage payments and loans. But there are two things, only two, whose price has remained unchanged (or even has gone down) in recent months: bananas and marijuana.

Bananas’ price has been stagnant ($ 1.68 per kilo) for several months: thanks to their “versatility” (they thrive all year round, their supply is continuous and have no major “packaging” problems thanks to their peel), they are less subject to increase.

The price of the weed, instead, has even dropped. This can be understood by separating marijuana from the consumer price index for alcoholic beverages, tobacco and recreational cannabis: all together, these products increased by 3.5% in August compared to the same month of 2021 (a value however lower than others articles tracked by the federal agency), but recreational cannabis alone experienced a steady decline, dropping up to 10.3% less in May than the same month a year earlier.

George Smitherman, president and CEO of the Cannabis Council of Canada, told CTV on Tuesday that this price deflation reflects an “intense competition environment,” which is translating into weak profits for those in the industry. “Unfortunately, it’s not financially viable,” Smitherman said.

Going into more detail, there are many reasons for this deflation. First, competition between stores is a driver of low prices for consumers. “In fact, the last thing you want to do is raise prices because the black market has adapted very, very aggressively and cannabis on the black market is getting cheaper,” said Sylvain Charlebois, director of Agri-Food Analytics Lab at Dalhousie University, also to CTV.

Put simply: the regular shops are already many (probably too many) and, in addition, they find themselves having to compete with those who sell marijuana illegally, so they are forced to leave low prices in order not to lose their customers advantaging or the near (regular) store or the black market.

Smitherman points out that all this is happening also at the expense of producers, whose profit margins are shrinking more and more. According to a report from the company Ernst and Young, commissioned by the Cannabis Council of Canada, licensed growers in Ontario saw their share of sales revenue drop to 60.8% in April 2022 from 74.2% in 2019. In the same period, the share that goes to the federal and Ontario governments through excise duties rose to 37.6% from 23.9%. Furthermore, the industry has not been immune from supply chain problems either. In short: a perfect storm for those who market and sell marijuana regularly, legally and paying taxes.

Then, there is a further problem: despite the concentration of cannabis shops in some communities, access to marijuana is not the same everywhere and in some cases the communities that lack outlets have chosen to give up the retail market and to rely on the black one. The latter, moreover, is in many cases supported by shops, especially online, that operate illegally retail.

Meanwhile, the federal government is reviewing the legalization of cannabis in Canada. And, as Smitherman said, “if we no longer get people out of the illicit market, we have failed the public health goals of legalization.”