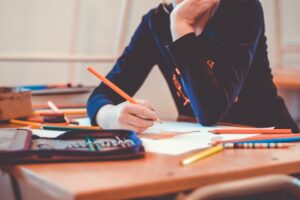 TORONTO – The message sent by Ontario Premier Doug Ford to the non-teaching staff enrolled in The Cupe is unequivocal. “Please don’t strike, don’t force my hand,” he said today during a press conference in Hamilton.

Meanwhile, with the stalled negotiations, the possibility of a strike of early childhood educators, custodians and administrative staff in the schools of the province is becoming increasingly real. This category is represented by The Cupe who last Monday announced that he had voted almost unanimously – as many as 96.5% – in favor of a possible abstention from work. “I deeply believe in negotiations, but don’t do it, don’t strike,” Ford firmly reiterated.

The Cupe, as well as the other school unions, are warned, the government is serious. “I will not back down an inch, I will not change my mind, I am determined not to allow interruptions of lessons in schools,” added the premier of Ontario suggesting that he was ready, if necessary, to prescribe school workers.

Meanwhile, the four largest teachers’ unions, after the contracts expired on August 31, continue to negotiate and so far have not voted in favor of a strike.

The Cupe, today will meet with government representatives to try to reach an agreement and if not, to determine the next steps to be taken.

Laura Walton, president of Cupe’s Ontario School Boards Council of Unions (OSBCU), continues to reiterate like a broken record that the union’s proposals are reasonable and necessary, and that Ford has the power to accept them. “If it does, lower-paid education workers, who are paid on average only $39,000 a year, will not have to strike to make ends meet and defend student services from Ford’s cuts,” Walton said.

The government has offered increases of 2% per year for workers earning less than $40,000 and 1.25% for everyone else while The Cupe calls for annual increases of 11.7%.

Between the request and the offer there is, as they say, the sea. The Cupe, in essence, does not back down on the increases in payroll as well  as the government that is not willing to change its offer.” I think we are balanced – said Ford – I am not going to go into the merits of the negotiations but we have put 8% on the table in four years. I think that’s right. We will negotiate fairly, treat everyone fairly and give children the opportunity to stay in school without any breaks.”

What is certain at this point is that the coming weeks will be characterized by great uncertainty. Once again the tug-of-war between the government and the school unions returns to the scene.