ICU, patients are almost all unvaccinated 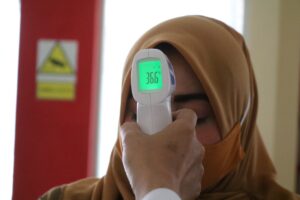 Of the new cases confirmed today in Ontario, 233 (54%) involved unvaccinated people and 128 (30%) fully immunized individuals. 27 cases concern partially vaccinated people and 41 cases concern people with an unknown vaccination status. The unvaccinated also represent the vast majority in hospitalizations which, fortunately, are in sharp decline in Ontario: patients receiving treatment in intensive care units (ICUs) are now 155, down from 180 last week, and of these 155, 147 (practically almost all) are not fully vaccinated or have an unknown vaccination status while only 8 are fully immunized.

The active (known) cases in the province are also down: 4,734, against 5,262 on last Tuesday. About one third concerns schools (1,606). After all, the vaccination campaign continues to concern only people aged 12 years onwards, but continues in any case: 86.6% of the inhabitants of Ontario “over 12” received a dose of vaccine and 81.5% received two.

Quebec remains around 400 cases: today it recorded 436 out of 21,703 tests analyzed (against 402 on Monday out of 22,140 swabs), with 8 deaths (Monday there were 6). There are currently 291 hospitalizations throughout the province, including 90 in intensive care, an increase of two compared to yesterday. There are 5,023 active (known) cases in Quebec.

Saskatchewan continues to worry, reporting another 445 cases and 5 deaths on Monday (keep in mind that Saskatchewan has 1,174,000 inhabitants and it’s recording more cases than Quebec with about 8,400,000 inhabitants). Of the new infections, 86 percent involve individuals who have not been fully vaccinated. There are now 4,635 active cases in the province, slightly down from Sunday, but the seven-day moving average is 450, or 38 per 100,000 people, up from 37 per 100,000 people on Sunday. 325 patients are hospitalized in Saskatchewan hospitals, of which 75 are in intensive care. 76% of the total hospitalized are not fully vaccinated.

In British Columbia, an additional 1,986 cases and 10 deaths were recorded over the weekend. The province’s seven-day moving average for new infections, however, drops to 702, down from Friday (738). Patients in hospital drop to 326, but the number of those in intensive care is growing, which now number 142. And also in B.C. “the unvaccinated and partially vaccinated constitute the vast majority of cases and hospitalizations”, underlines the provincial government.

Photo by Mufid Majnun on Unsplash