Politicization of the judicial system 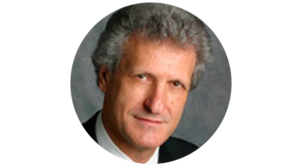 York Catholic District School Board has had its internal difficulties. Recently, it came out at the wrong end of a Divisional Court decision regarding who can be a Catholic School trustee. More specifically, can non-Catholic students who apply for attendance at a Catholic school be student trustee. The basic issue is/was Board Policy 107 that says no they cannot.

Three judges of the Divisional Court, J. Lederer, J. Corbett, and J. Nishikawa deliberated. They examined the authorities negotiated by the founders of the Canadian Confederation (our country) and inscribed in the Constitution (the contract governing relationships among its citizens).

The matter should have been a clear-cut, no brainer, in the parlance of the marketplace. Student trustees, being minors, cannot be held legally liable for decisions in which they are passive participants, even if they are physically present when those decisions are made. “No ifs, ands, or buts”.

Instead, he focused on section 55 of the Education Act and section 5(1) of the Regulations flowing from it, which allow the Minister to direct Boards to implement policies. He did not reference section 55. (9) “Without limiting the generality of subsection (1), a regulation under that subsection may, (a) provide for and govern the student trustee election process, which may be direct or indirect; and (b) specify qualifications for electors of student trustees.”

It may not be fair to speculate whether the final decision came about as a result of “negotiations” among the three justices or whether the real issue is the ongoing calculated, deliberate erosion of the Rights of Catholics under the Constitution. However,…

In 2002, J. Corbett represented Marc Hall against the Durham Catholic Board for refusing to allow his client to be accompanied to the graduation prom by his gay lover. The decision was hailed as a benchmark for the non-binary community at the time; and is cited on several occasions in J. Lederer’s decision. The effect of the decision is that a perception developed in the minds of some that Catholic denominational rights may be confined to the classroom and during school hours – regardless of the intent of the framers of the Constitution.

J Nishikawa’s credentials highlight her advocacy for issues of “equity and inclusion.” Fine. Catholics and Catholic schools are under constant attack for their own definitions of inclusivity. On October 19, J. Nishikawa was part of a three judges panel in a case between trustee Michael Del Grande and the TCDSB. She was the only one who insisted that her preferred identity pronoun be prominently displayed on the screen.

The YCDSB should appeal that decision forthwith. 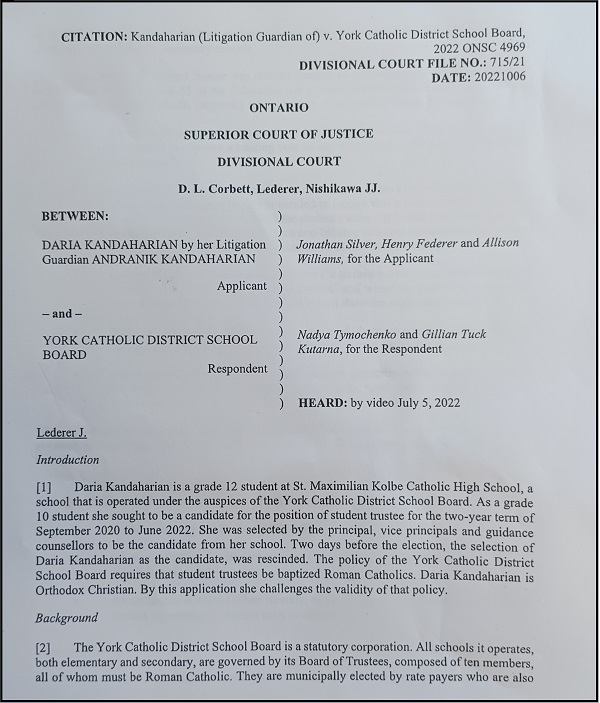