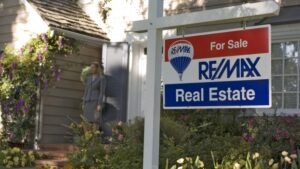 TORONTO – House prices in Canada may soon fall further. A report by Re/Max Canada predicts a decline of 2.2% in the last months of this year. And the causes of this downward trend according to real estate agents are to be found in rising interest rates, record inflation and global and economic uncertainties.

“Many markets are experiencing weaker sales due to recent interest rate hikes, which provide some respite from unprecedented demand and unsustainable price increases across Canada until 2021 and early 2022 – says King/Max Canada President Christopher Alexander – , these boom and fall cycles are likely to be a recurring event.”

And, this prediction is confirmed by the surveys commissioned by the real estate company Re/Max Canada to Leger that show that many Canadians worried about an imminent recession this fall will remain to observe on the margins of the real estate market. In most of the country’s markets, both price and sales cooling are predicted.

For much of 2022, economists have indicated that the Bank of Canada’s rising interest rates have dampened the country’s scorching housing market emerged from the Covid-19 pandemic. A higher cost of borrowing has limited what buyers can afford and placed a limit on the rampant price growth observed over the past two and a half years.

It is clear from market research that about 44% of Canadians have temporarily shelved their desire to buy homes due to rising rates, while 34% of potential buyers say higher rates will not have been able to discourage them.

But it’s not just higher rates that directly impact real estate activity: as the Bank of Canada tries to bring inflation back under control, fears of a recession worry buyers and sellers alike.

About 41% of respondents said they had postponed plans to buy or sell a home due to a possible recession. But Elton Ash, vice president in charge of Re/Max Canada, believes that slowdowns in the housing market linked to economic uncertainty will be short-lived. “Despite the fact that nearly half of Canadians right now are postponing buying or selling a home, we are confident that as economic conditions improve by mid-2023, activity will resume,” he said.

And although Re/Max expects the average price of residential homes to fall by 2.2% until December, six of the 30 markets surveyed are expected to see a modest rise in prices, between 1.5% and seven percent.

Prices are expected to rise slightly in Edmonton and Calgary this fall, as well as in Moncton, St. John’s and Halifax.

In British Columbia, sales prices are expected to fall 3% in Metro Vancouver and 6.5% in Kelowna/Central Okanagan, while they will remain stable in Victoria. Ontario cities, excluding Oakville and Muskoka, are also expected to remain stable or see a 2 to 10 percent decline. In Barrie, on the other hand, the fall in prices will be equal to 11%.