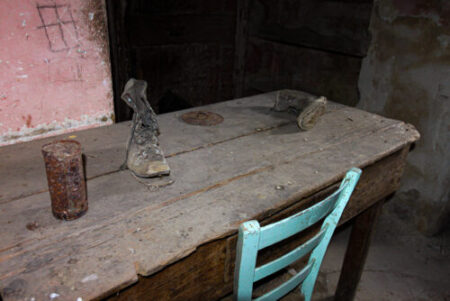 Signs of interrupted lives, frozen in time and, today, immortalized by the shots of a photographer who has decided to document an event forgotten by most. The story that tells the virtual exhibition “For all the ‘I love you’s’, we forgot to say” (inaugurated today and can be visited on the link https://cindiemondcontact2021.com until May 31) is that of the earthquake of Frattura Vecchia, in Abruzzo, Italy.

It was the year 1915: most of the men of the village had already emigrated to Canada and the United States and the remaining men, known for their excellence in sheep shearing, at the time of the shock – it was the morning of January 13 – were away from the country via the traditional “transhumance”. Women, children and the elderly died. More than a hundred. Those who were saved left forever the village which has remained, for over a hundred years, as “suspended” in time.

And the Italian-Canadian photographer Cindi Emond (in the pic below), who has lived and worked in Rome for the past twenty years, has decided to go there and immortalize what the earthquake, then, and then the time, after, could not take away. Fifteen moving shots, full of history and broken lives. 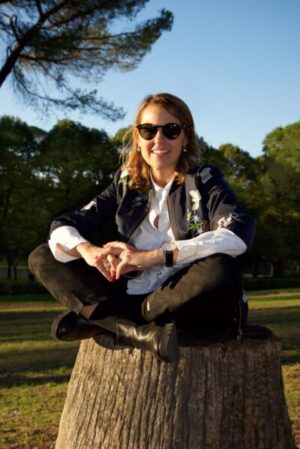 “I photographed the ruins of the village now invaded by vegetation – says Cindi – and I also met a man whose family home was still intact: he invited me to visit it. It is a kind of time capsule: it was abandoned and closed on the day of the earthquake, becoming the testament of the family who lived there … there are beds, a crib, blankets and a pair of women’s lace-up boots. In the dark kitchen, a pot is still on the stove and the bottles of wine on the table: a scene of suspended domestic life that will never resume ” (in the photo at the top, the boots on the table; in the pic below, a detail of the kitchen). 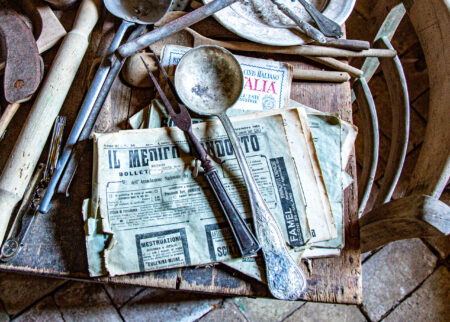 The village of Frattura Vecchia (nomen omen, it should be said) was no longer rebuilt in that position because it was located on a geological fault with a strong seismic risk. The survivors of the tragedy had to wait almost twenty years to have a new town, in another area: Frattura Nuova. But there are still signs of life in the old country. Today, in fact, the descendants of the inhabitants of the time cultivate the plots of land of the ancient village. Perhaps also to keep alive the memory of their family members torn away in a few seconds. “I took, among others, some images of a farmer working – continues Cindi – while in the distance the lush greenery and the Apennine mountain range create a majestic background”.

“Finally, a shepherd went through the ghost village with his flock while I was there and I decided to accompany him for over an hour. In this way I was able to capture some exciting images of this ancient tradition (in the photo below), since the ‘transhumance’ continues today in this area of Abruzzo: it occurs when shepherds move their flocks south, to other more temperate areas to winter, mainly in Puglia. This allows cattle and sheep to graze on non-frozen ground, as winter is very harsh in Abruzzo. It is a tradition that is a candidate to join UNESCO as part of the Italian cultural and historical heritage ”, underlines Cindi. 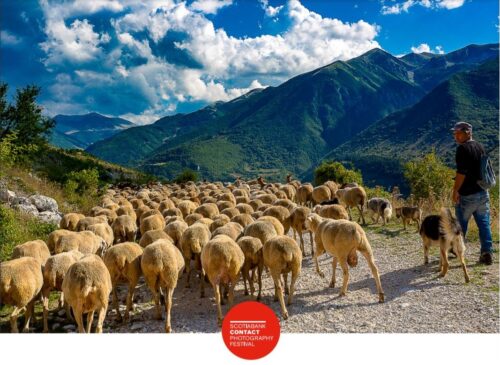 The exhibition, organized under the patronage of the Italian Cultural Institute of Toronto and the Embassy of Canada to Italy, is part of the 25th edition of the Scotiabank Contact Photography Festival, Toronto, Canada.

Here is another link to the exhibition, through the Scotiabank Contact Photography Festival catalog: https://scotiabankcontactphoto.com/exhibition/cindi-emond-for-all-the-i-love-yous-we-forgot-to-say/

For more information on the artist: www.cindiemondphotography.com